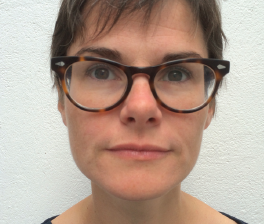 My children attend an Educate Together school. I can’t tell you how much I love it: the friendliness and openness of the teachers; the value placed on curiosity and creativity above obedience and conformity. Increasingly though, I’m worrying about where this perfect school fits in a context of near-perfect inequality. I want to think about how Educate Together might play a more constructive role in the national context as a whole.

Since the Forum on Patronage and Pluralism reported to the then Minister of Education in the Republic, Ruairi Quinn in 2012, successive governments have pursued a policy of increasing diversity and parental choice within the existing educational system. The idea is that no change is made to the system as a whole – but new possibilities open up for those who feel they need them. This is meant to occur through one of two channels: either divestment of the patronage of existing schools, or a competitive application process for patronage of new schools. Thus far, just two schools nationally have been divested from their religious patrons, so patronage competitions are the only game in town. The competitions are managed with a light touch by the Department of Education. When need is identified for new schools, prospective patrons are ushered into a race to collect signatures supportive of their bid; on this basis the tender is awarded, although sign ups can ultimately function as de facto enrolment lists, so parents are cornered into backing the likely winner so that they can ensure a school place for their child. The process favours more established candidates, so the Educate Together body has the advantage of its institutional structure and funding (as, obviously, do churches).

Schooling matters profoundly for individuals, but also for society as a whole. UCD Professor Kathleen Lynch has described “education,” as being “essentially a competition for advantage in an unequal society”. By introducing a market of school options, you add a new layer to the competition, and a whole new space for losers to be created. A 2014 ESRI report shows that school social mix has an even more significant impact on post-school outcomes than family background. If we want to reduce inequalities in our society it is urgently important that we try to keep each and every school as diverse and representative of the population as possible. Diversity of school provision promises ghettos of homogeneity.

Educate Together schools are run on principles of inclusivity, democracy and co-education, valuing a high level of parental involvement. I can be glad that my kids are at least benefiting from this ethos – but it’s a bit odd that so few children in the country are. It begs the question: why on earth is my government outsourcing secular equality-based education to a charity? If what is good about Educate Together schools is worth having for some of our children, it should be there for all of them.

The national strategy on patronage and pluralism is a lazy, unjust mess: it abdicates responsibility for providing a coherent education system that can ensure fairness and equality, and as such promises to undermine social cohesion in the future. Educate Together has a growth model predicated on winning patronage contests in as many locations as possible. This militates against locally workable solutions, and results in a zero-sum outcome: each child either gets an equality-based, secular education, or she doesn’t. You can argue that it’s not the fault of Educate Together, but that misses the point a bit. It still amounts to an equality model that increases social inequality in the long run.

The problem of increasing educational inequality is a political one. We need a much greater political emphasis on equal outcomes of education. Parents in Educate Together need to take a serious look around us, and question how much of a contribution we’re really making to the in/equality of the world our children are growing up in.

Carol Ballantine is a PhD student who previously worked for international development organisations in Ireland and oversees.