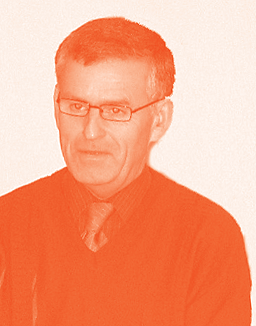 John Bowen looks at the fight to protect public transport.

Irish Rail, Bus Éireann and Dublin Bus are part of the CIE Group and used to be a single company owned by the Irish people. The three are still state owned but it is clear that privatisation has long been on the agenda and the current government has pushed the “fast forward” button on that process.

It is worth looking at the history of public transport in the Republic of Ireland. In the years after the foundation of the southern state the public transport system was in chaos. Almost from the birth of the new State, the smaller private railways began to close and the largest ones became consolidated under Great Southern & Western Railways (GSWR) which bought up the more profitable routes and eventually became Great Southern Railways (GSR). Yet even this consolidation did not dramatically improve the situation.

In the end, the new State had no choice but to intervene and in the late 1940s the government bought out GSR and major bus operators such as the Irish Omnibus Company in addition to the Dublin United Tramways. A new semi-state company named Coras Iompair Éireann (CIE) was established and began to put public transport on a firmer footing.

But from its beginning CIE was on a hiding to nothing in that it was expected to make a profit out of running uneconomic services, something the former private owners had failed to do. From the 1950s onwards the Government grudgingly paid “a subsidy” to CIE to make up the shortfall in its income from fares and freight charges. However this was considered a loss in accountancy terms and CIE was constantly criticised in the right-wing media as being an inefficient state company, and calls were made to privatise its bus services. This totally ignored the fact that state subsidisation of public transport was the norm throughout Europe.

In 1989, CIE was split into three operating companies, Irish Rail, Dublin Bus and Bus Éireann, with CIE remaining as the holding company. While this meant that the three companies were able to introduce new services, such as the expansion of the Expressway intercity bus service, it also made them more vulnerable to future privatisation.

This also coincided with the Thatcherite Progressive Democrats (PD) joining a coalition government with Fianna Fail. There were numerous calls for the liberalisation and privatisation of bus routes operated by Bus Éireann. Chief among those in government pushing this agenda was Martin Cullen, who after losing his seat as a PD TD in Waterford in 1989, worked as chief executive for FOTO, a private bus owners organisation.

Cullen was subsequently re-elected as a Fianna Fáil TD and was appointed Minister for Transport in the 1990s – a case of the fox being put in charge of the chicken house.

He appointed as his personal advisor a stockbroker, Colin Hunt, who openly boasted of his appreciation of Thatcherite economics. Hunt drew up a report calling for a National Transport Authority (NTA) to be set up which would control the bus and rail timetables and the finances the government pays for public transport and decide who operates the routes.

It was clear that the NTA, which was set up by the Fianna Fáil, PD and Green Party government, was to be used to sabotage the CIE bus companies and ultimately privatise their services.

The NTA has already given licences to many private operators on inter-town and city routes and forced Bus Éireann off some of the routes it operated. Most of these services are not required to serve the towns and villages en-route, unlike the Bus Éireann Expressway which are. This situation has resulted in fewer people using Bus Éireann services, with resultant losses being incurred.

The NTA has now put a number of routes in Dublin and in provincial towns and cities, and, significantly, some of the lucrative commuter routes to and from Dublin, up for tender. This, together with the cutbacks in subvention funding from the Government – now paid via the NTA, has set in motion a process that will mean the death of Bus Éireann as a company and as an integrated bus network.