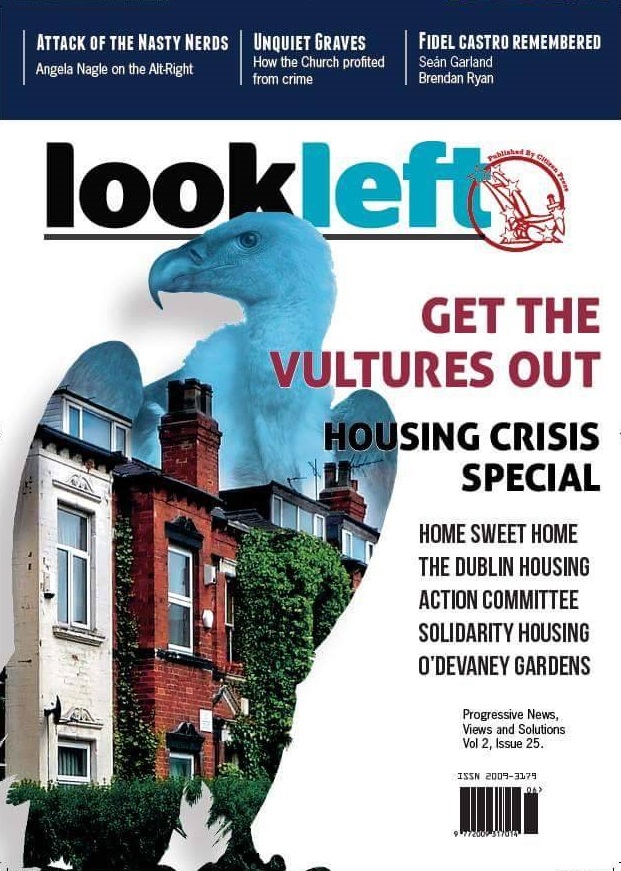 LookLeft 25 is in Eason’s stores and hundreds of selected newsagents across the country now. Still only €2.00, the highlights of this issue include:

Home Sweet Home – Does the occupation of Apollo House mark a new stage in the housing struggle? Eilis Ryan reports.

Battle for the Heart of Dublin – The battle over the future of the O’Devaney Gardens estate.

People of No Property Rise Up – The story of the Dublin Housing Action Committee of the late 1960s.

Rise of the Nasty Nerds – Angela Nagle on the rise of the internet based extreme right movement – from 4chan and Tumblr to Trump and the Alt-Right.

Unquiet Graves – How the Catholic Church profited from decades of abuse.

Thoughts on Fidel – Seán Garland and Brendan Ryan on the life and legacy of Fidel Castro.

The Pink Tide Recedes – Gar Fitzpatrick discusses with Barry Cannon, whether the so-called ‘Pink Tide’ in Latin America is receding and what that means for the Left globally.