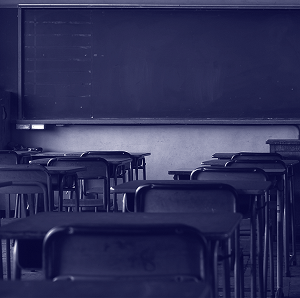 In its long period in charge of the Department of Education in Northern Ireland, Sinn Féin developed two major policy initiatives. The Shared Education initiatives, which are currently coming on stream, will not end a system in which 92% of children are primarily educated according to their religious background. The other major initiative was a failed attempt to introduce a more egalitarian education system.

Under guidance from the Department of Education in 2009, schools were legally obliged only to “have regard” to the recommendations that they refrain from academic selection. The grammar schools duly ‘had regard’ and then carried on as they had been. In short order, the Catholic and State grammar schools each developed their own unregulated admissions systems with two 11-plus exams administered by two private companies. In a 2016 address in Belfast to the Association of Educational Assessment Europe, Professor Jannette Elwood of Queen’s University was doubtful that the tests were valid, reliable or comparable.

As a result of this botched attempt at abolition, the 11-plus remained in place but practicing the test questions during class time was ruled out. As a result, parents who were able to afford it increasingly put their children through private tutoring outside of class time, which according to the Northern Ireland Human Rights Commission was “extremely prevalent” and “connected to the evidence that continues to point towards the fact that children from poor socio-economic backgrounds do not do as well”. The Commission noted that “the action taken by the Department of Education has … failed to put an end to the two-tier culture” in schooling.

In September 2016, a new DUP Minister for Education, Peter Weir, overturned this ban and valuable classroom time was once again taken up with practice for the selection exam. Having affirmed his commitment to selection earlier in the year, Weir painted the reintroduction of exam practice as a progressive move, designed to give “every child, regardless of background, an opportunity to get into grammar schools”. Commenting on this, and on the commitment of UK Prime Minister, Theresa May, to renewing Grammar School education in England and Wales, the unionist Newsletter newspaper gushed about how as, with Northern Ireland, “some parts of England, such as Kent, have avoided the disaster of comprehensives, by keeping their grammar schools”.

“A system that divides children”, it continued, “is imperfect and all abolition did was make an imperfect system, based on academic selection, into a much worse one, based on wealth. … It would have been an unforgivable political blunder if Stormont had allowed education in Northern Ireland to follow the failed path of England, and had reduced social mobility in the way that the abolition of grammar schools has done there”.

Speaking from a different perspective, Dave Hill, Research Professor in Education at Anglia Ruskin University, told LookLeft that he would abolish selection abolish private schools and selective schools completely in Northern Ireland and in the rest of the UK: “Selective education is cruel, divisive, inaccurate even in its own terms of measuring and predicting ability… It serves to validate and reproduce the existing system and pattern of class domination and differentiation”.

The evidence from Northern Ireland suggests that Professor Hill’s perspective is closer to the reality than the meritocratic vision painted by the Newsletter. The ESCS Index (of economic, social and cultural status), is a measure introduced by the Programme for International Student Assessment (PISA), which assesses the correlation of academic attainment and social background and attaches point scores to show the degree of connection. According to this Index, the Republic of Ireland, Scotland and Wales fall below the OECD average of 39 and England is above with 41, meaning pupil success there is more determined by social background, but Northern Ireland is higher still at 45, indicating that education in Northern Ireland tends to reproduce hierarchies rather than act as the spur to social mobility.

Britain is a country marked by deep inequalities and entrenched intergenerational privilege and poverty. According to ‘Elitist Britain?’, a recent report from the Social Mobility and Child Poverty Commission, although only 7% of the UK population has attended independent ‘public’ schools 71% of all judges attended these schools, as did 62% of senior military officers, 55% of diplomats and 43% of newspaper columnists. The list goes on. And it seems that this privilege and lack of social mobility are even more prevalent in Northern Ireland.

Using free school meals entitlement (FSME) as an indicator of poverty, researchers from the Northern Ireland Department of Education show that in 2015 more than 80% of FSME students at year 12 (16 years old) were in so-called ‘nonselective’schools, and that while 67% of all year 12 students had 5 or more GCSE exams at grades A*-C including English and Maths, this figure fell to 46% among FSME students at non-selective schools. Among older students, 50% FSME students received 3 or more ‘A’ levels or equivalent at grades A*-C compared to 67.5% non-FSME students.

While poorer students at grammar schools tend to do better than poor students in non-selective schools, the fact is that most poor students never get through the gates of the grammar schools. Highlighting this class divide a recent report by Queens University academics to the Equality Commission noted that “FSM entitlement was a stronger predictor of attainment (and destination after leaving school) than gender”. A proposal by then-Minister for Education, Sinn Féin’s John O’Dowd, to direct extra monies to schools with high numbers of FSME pupils was mothballed when it met with overwhelmingly hostile responses, including hostility from the major Belfast daily newspapers, when put out for consultation.

The selective, unequal and sectarian features of education in Northern Ireland are local manifestations of what Ken Jones and his colleagues, in their book ‘Schooling in Western Europe’, describe as a policy orthodoxy in which “no aspect of education systems – from financing to forms of selection to questions of management – is spared the critical scrutiny of governments committed to market-driven change”. As can be seen in the case of Northern Ireland, this orthodoxy “combines in varying ways with already established conservative interests – business, the churches educational hierarchies and philosophies”. Although the post-World War Two settlement witnessed a widening access to secondary education in Europe, Schooling in Western Europe notes that, “class-based inequalities remained strong and in some cases actually increased, as middle-class families mobilised their cultural resources to secure the success of their children”.

Dave Hill is quite clear that selective education “solidifies in iron the hierarchy of provision for different types of labour power demanded by Capital”. He told LookLeft that “it condemns 80% of children, despite the best intentions of many teachers, to a poverty of aspiration, of self-belief in one’s own actual intelligence! When my carpenter twin brother had an IQ test – for whatever they are worth, with all their inaccuracies and social class basedness – following a car accident in 1991, he was given his score, and, in astonishment, exclaimed, `bloody hell, my IQ is the same as Dave’s. So for John, and for millions of secondary modern kids, it left and leaves a labelled, stereotyped, reproduced, belief in intellectual inferiority. Selection is cruel, abolish it!”

No Covid Supports for Workers in Direct Provision

Working from home is no domestic bliss

Capitalism caused climate change, but socialism is the solution