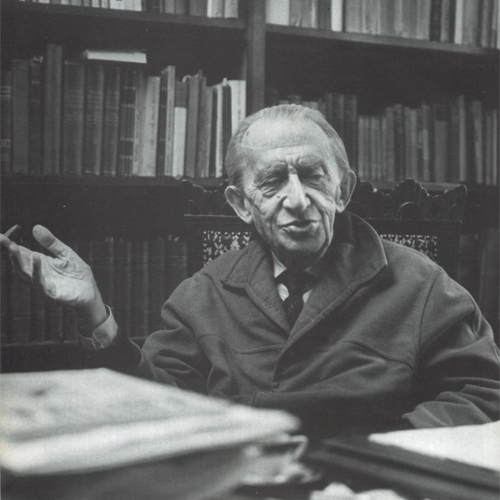 The statue of a Jewish Marxist intellectual in Budapest is being taken down, while at the same time, the statue of an anti-Semite fascist (Bálint Hóman) is being raised up. This is a deep insult to all those who fought against fascism. A trampling of history typically accompanies any fascist regime. One need only look at Spain under Franco, Greece under the Colonels, Brazil under Vargas and so on: a recurring trend is the revision of history and the expulsion of facts that don’t gel well with the predominant narrative.

Hungary is at present ruled by a party (Fidesz) with open fascist proclivities and authoritarian tendencies. Actions we might expect to see in an autocratic Central Asian republic are becoming everday occurences here. Clearly, targeting a Jewish Marxist intellectual who’s been dead for 40 years is an opportune tactic, serving both the internal party line of anti-Communism, as well as scoring ‘brownie points’ in circles like the anti-Semitic Jobbik party. A true opportunistic “win-win”.

György Lukács belongs to the towering intellectual figures of the 20th century. A man whose influences range from Kant to Dostoevski, he contributed significantly in the construction of Western (“humanist”) Marxism, especially in his (re)introduction of Hegel to the Marxist fold via his Aesthetics and other works. His Geschichte und Klassenbewusstsein (History and Class Consciousness) remains a classic in the Marxist canon. Thomas Mann, about whom Lukács wrote extensively (GL referred to Mann as a representative of “positive bourgeois” over and against the decadence and barbarism of the Third Reich), claimed to have been inspired significantly by Lukács, who features prominently (in caricature) in the person of Naphta (“a Jew-turned-Jesuit-turned-Marxist”) in The Magic Mountain. He served briefly as minister in postwar Hungarian parliament and was intimately involved with the 1956 Budapest uprising, after the suppression of which he was briefly imprisoned and exiled from the University. His influence continued in the 60s via the New Left, both in Europe and America.

Lukács lived in a small house on the bank of the Danube until his death in 1971. This house, until last year, held the Lukács archives, which contained many important Lukács papers and documents. As can be expected, pressure from the anti-communist Fidesz caused local authorities to repeatedly threaten closure. The effort advanced to such a stage that even the Monthly Review circulated a petition last year, opposing the planned closure. Sadly, the closure moved ahead and is now in effect.

Writes the Rabbi Joel Berger in a recent opinion piece in the jüdische Allgemeine:

The demolition of Georg Lukacs didn’t just start yesterday. Last year saw the closing of the philosopher’s archives, which were housed in his old apartment, where he died in 1971. And efforts to erase every memory or trace of Lukacs still present in the city or at the University have been ongoing for even longer. What is most interesting is that the demolition of the Lukacs memorial is happening in exactly that section of Budapest which traditionally housed many Jewish artists and intellectuals, Neu-Leopoldstadt. Elsewhere in the same park that features the Lukacs statue, there is a sculpture that serves as a memorial to Raoul Wallenberg.

One thing is certain, if the left does not defend its heroes, martyrs and intellectual icons, no one else will!