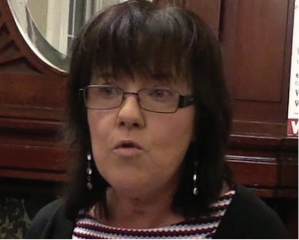 Jane Donnelly looks at the State’s weak and inconsistent defence of discrimination in education.

In the Republic of Ireland we hand control of our education to private Patron bodies. No other country has an education system that cedes control of education to private bodies. Many countries fund some religious schools but only alongside a system of state schools where the vast majority of children attend. The main Patron body in Ireland is the Catholic Church; it controls over 90% of our publicly funded National Schools.

The State explained this control and the reasons for it to the European Court in the Louise O’Keeffe case in 2014 as:

“This was not a technical bureaucratic distinction but a real ‘ceding’ of the ownership and management of schools to denominations. This situation suited the majority and minority denominations, it reflected the will of the Irish people and it was not the function of this Court to recast the relationships which formed the basis of a significant portion of the Irish primary school system. The suggestion that primary education was a national enterprise to be entirely State run in an advanced democratic State stemmed from a particular ideological outlook that was not necessarily shared by all Contracting States and not by Ireland.”

The European Court did not accept this analysis and told Ireland that it couldn’t avoid its convention obligations by delegating them to a private entity.

So in the last few years this Republic of ours claimed that it is not responsible for the protection of one of its most vulnerable citizens while they were accessing their Constitutional right to education.

The State is claiming that our education system suits the majority and minority denominations. The State never mentioned what the non-religious thought about this state of affairs. They didn’t get a mention. As for it suiting the majority and minority denominations, well they can scrap that claim now as we now have Ahmadiyya Muslims and Evangelical Christians calling for a secular education system.

Patron bodies have control over Boards of Management of public funded National Schools. That control works in the following manner.

a) Patron bodies have a veto over parents that are elected to the Boards of Management of all our Primary schools.

b) Patron bodies can veto the appointment of the two teacher representatives on the Board of Management.

c) The Patron can appoint two Representatives on the Board.

d) The Board of Management of the school is obliged to uphold the ethos of the Patron and is accountable to the patron. The Board must send all policies to the Patron for approval.

e) If you want to work as a teacher chances are that you will only get employment in a school under the control of the Catholic Church. These schools require a Catholic Certificate in Religious studies before they will employ you; you are also obliged to uphold the ethos of the Patron.

Last year the Department of Justice, Equality and Law Reform told Atheist Ireland that the State was constitutionally required to buttress religion.

Also last year, during pressure over removing religious discrimination in our education system, the Irish Government claimed that removing this discrimination would be unconstitutional. This claim is based on an unpublished legal opinion and personal opinions.

This is the first time that the Government is retreating behind claims of unconstitutionality. Ireland has never told the United Nations or Council of Europe that protecting the human rights of atheists and minority faiths in our schools would be unconstitutional. They have not published any legal opinion that supports this claim and we have asked them in the interests of democracy to do so.

If the Courts do find that the Constitution obliges (as opposed to permits) the State to support this discrimination, then we urgently need a Schools Equality Referendum. But until then, we need to keep up the pressure to ensure that this Republic protects and guarantees the human rights of all parents and their children in the education system.

Jane Donnelly is the Education Policy Officer for Atheist Ireland.