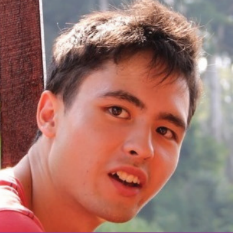 Colm Tong explains why we need a grassroots campaign for fossil fuel divestment.

We have known for decades that burning fossil fuels threatens human health, economic development and global stability. The 2 degree upper limit, agreed unanimously by 194 countries, aims to stave off the worst impacts of climate change, requires that 80% of current fossil fuels reserves be left in the ground.

The fossil fuel industry will not do this voluntarily. To leave even half of their reserves will cost them trillions of dollars, meaning that international regulation is required to ensure the majority of reserves go unexploited. But over twenty years of climate conferences and international political negotiations have led to no meaningful action to curb fossil fuel use. Even after the most recent agreement in Paris, there wasn’t even a single mention of ‘fossil fuels’, or ‘oil’ or ‘gas’ or ‘coal’. ‘Renewable energy’ was only mentioned once in the 31-page document.

The failure of the international community to confront the fossil fuel industry highlights the necessity for a grassroots movement to fill the void and drive leadership from the bottom up.

Fossil fuel company values are based on their ability to convert proven reserves into cash flows. If the majority of their assets are stranded due to restrictive carbon legislation, they will suffer huge devaluation.

This is exactly what must happen in order to stay below 2 degrees. It requires a peculiar act of doublethink to believe that fossil fuels are good investments and that we can tackle climate change at the same time. This is precisely why, despite the front they might put up, fossil fuel companies are vehemently opposed to effective climate change legislation. They understand their entire business model is based upon creating dangerous global warming. At one particular meeting, Shell even reassured worried shareholders that their investments are rosy, saying “we have a high degree of confidence that global warming will exceed 2°C by the end of the 21st century.” In other words: “Don’t worry. Our profits are safe, they won’t act on climate change”

By divesting, we can highlight the incompatibility of a healthy planet with a healthy fossil fuel industry. This will help weaken the industry’s influence and, as was done with Big Tobacco and the South African apartheid divestment movements, make it increasingly difficult for these companies to carry out their business. An environment in which, for instance, it is politically toxic for governments to approve drilling licenses and for banks to finance mining projects.

The good news is that it is already working. The tide is starting to turn. Carbon-intensive projects are coming under increasing scrutiny by investors and public alike. Shell recently cancelled plans to drill in the Arctic drilling foray after intense public opposition. The Keystone XL pipeline from Canada’s tar sands to the United States is dead in the water after lack of government approval.

International banks are starting to refuse to finance mega coal projects, such as one in Australia’s Galilee Basin. All the while, the divestment campaign continues to grow. What started off three years ago as a few American universities and faith groups declaring divestment has now grown into a global movement, with pension funds, private corporations and even cities getting on board. As of the time of writing, 3.4 trillion dollars has been divested from fossil fuels.

In Ireland, however, the campaign is only beginning. Queen’s University Belfast and Trinity College Dublin have picked up the mantle in the hope of igniting a movement. But we need help. We need other universities to get on board; we need corporations, religious organisations, and pension funds to divest as well. Ireland too often embraces the position of laggard, and with climate change, things appear to be no different. With divestment though, there is no reason to delay. For humanity to move forward we need to leave the fossil fuel industry behind. Divest now, and you won’t need to leave your money behind with it.

Colm Tong is a member of the Trinity College Dublin Environment Society.