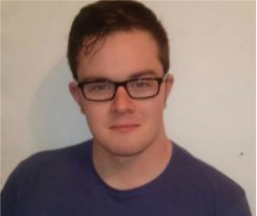 On 23rd June, the British Government will give its electorate the opportunity to decide the future of the UK’s involvement in Europe. The choice; whether or not to remain within the European Union.

However, the agenda for the debate over so-called “Brexit” seems to have been set by those on the Right of British media and politics. It is currently framed as a struggle between UKIP’s racist isolationism and a reorganisation of the EU in the favour of financial interests in London, as espoused by David Cameron and the pro-EU wing of the Conservative Party.

Because the debate has been structured in this fashion, the Left seems to have been reluctant to get involved. This is a dangerous position. It leaves a vacuum in which the Right can set the discourse on Europe. It robs us of the opportunity to put forward a radical, socialist agenda regarding the issue of the European Union and the impact it has on the living and working conditions of people all over Europe.

Despite the attempts that will be made by various sections of the Right to spin either outcome as a victory, the Left must become involved. As Marx and Engels wrote in The Communist Manifesto; “The Communists disdain to conceal their views and aims.”

It’s vitally important that we offer a clear platform on which to campaign for a strong, principled, socialist exit from the EU

It vitally important that we offer a clear platform on which to campaign for a strong, principled, socialist exit from the EU, what has been termed a “Lexit” (Left Exit). There are a number of key themes in such a platform.

Socialists are committed to the radical transformation of capitalism, a social and economic system whereby profit falls into ever fewer hands through the exploitation and oppression of those who actually create the wealth, the workers. The EU stands for the maintenance and defence of this very system.

The capitalist character of the EU is reflected in its structures, institutions and treaties. The Single European Act of 1986, in particular, aimed to abolish state owned industry and any ‘distortion’ in the market that might be created by public investment in industry.

Accordingly, many EU directives operate in the favour of the capitalist class, such as the end of public ownership of basic utilities, the introduction of competitive tendering in the public sector, the introduction of private pension schemes for public sector workers, and the opening of public services such as health and education to privatisation. There is also an inherent lack of democracy in the EU’s structure. The EU’s arrangements are designed to uphold the economic theories prevailing in capitalism, implemented through its huge unaccountable and technocratic bureaucracy. When Syriza was elected in Greece, supposedly on a platform of standing up to this bureaucracy, the president of the EU Commission, Jean Claude Junker said:

“To suggest that everything is going to change because there’s a new government in Athens is to mistake dreams for reality. There can be no democratic choice against the European Treaties.”

TTIP and other transnational trade treaties further demonstrate the undemocratic nature of the EU. Currently being negotiated in secret, it plans to allow transnational corporations to sue democratically-elected governments in courts of unelected corporate lawyers if their policies threaten their potential profits. The ability of governments to regulate for an environmentally sustainable economy will also be radically reduced by TTIP.

The EU referendum debate gives us a key platform to combat the loss of faith and crisis of confidence evident among some on the Left. We must not lose our belief in the ability of working-class politics to confront the rise of the Right.

It is vital that we, as socialists, enter the ‘Brexit’ debate on a platform of radical, emancipatory, anti-racist arguments and strive to remove the debate from the hands of the capitalist and racist camps on the Right.

We have an opportunity to remind the working people of the UK and the whole EU that there is an alternative, both at home and internationally. We must fight the politics of fear with a confident, principled and socialist platform that says clearly the EU is an enemy to the interests of the working class. The EU’s actions in recent years have made that all the more obvious.

It is a challenge to fight for a radically new Europe. But it is one that can only be created without the