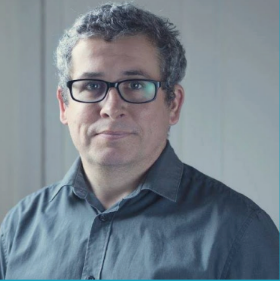 Eoin O’Mahony calls for workers to have a voice in the future of their city.

The deadline has passed. The submissions are in. The documents are being revised. Later this year, we will see the fruit of our work. What is this process? Where does this exercise in deliberative democracy occur? It’s the Dublin City Development Plan of course. Every six years, Dublin City Council is obliged to produce a development plan for the city, laying out the planning needs of a European capital undergoing constant change. In their own words, the Council states that the Plan “sets out policies and objectives to create a sustainable and vibrant city at the heart of the Greater Dublin Region.” It guides how and where something called development will take place over a period of time. All too often however, the plan is lacking in any meaningful public participation and ends up being a blueprint for the continuation of developer-led policies that have failed so many residents.

There is a lengthy process of public engagement with the plan for Dublin. The ten week public consultation period ended in mid-December. After this, the Council has just over six months to prepare the plan from this draft. The approved Development Plan is referred to by a small number of people for very particular and often specialised uses. Business representative associations, individual companies and other interested parties make submissions over the ten weeks of the consultation, as do many residents. But there is no reason at all why unions, as organised workers, should not do exactly the same.

Business interests seek to influence the way the city is developed over time. They make their submissions to the draft plan on this basis. Why not the workers? 350,000 people work in the Dublin City area and about 500,000 live here. These workers drive the vehicles into and out of it; they clean the offices of and serve the coffee to other workers. Union members drive the buses, stock the shelves and help customers find what they’re looking for, employing skills that are increasingly undervalued.

This time around, the Services Division of SIPTU took the initiative to compile a list of things they believe should contribute to a living city. Arising from the sudden and contrived closure of Clerys department store in June 2015, they sought action, through the development plan, to make Dublin a city for decent wages and workplaces. The draft development plan aspires to sustainable economic development and an environment that improves the lives of residents and workers. How can this be done when just over 20% of Ireland’s workers are low paid? Precarious working conditions persist in the city, as we have seen in recent months with Dunnes and Irish Life workers. What does an economically sustainable city look like when the conditions under which people work are being denuded?

Unions need to get behind the idea of a living city because workers’ lives are made of more than just what appears in their paycheque. When transport and health care costs increase and wages remain static or hours are cut, the city becomes less livable. When land is rezoned for private use, we all lose. The Working City Initiative (driven by SIPTU and ICTU) calls for Dublin to become a Living Wage city and the development plan should reflect that. This can be done by encouraging development that improves housing conditions, not bends to the will of debt-driven property speculation. Unions can contribute to the development planning process by organising for more public transport and educational provision. The Council itself can be encouraged to be a Living Wage employer in both its direct employment and its procurement.

By the middle of 2016, the city of Dublin will have a development plan, but will anybody care? The city’s plan for development should be informed by the activity of the city itself, not the narrow vision offered by planners and potential investors. The city and its residents and workers need and deserve more. Unions and others can lead the work that needs to be done to make this happen.

To find out more about the Working City Initiative and view its submissions visit www.siptu.ie

Eoin O’Mahony is a Lecturer in Geography at St Patrick’s College/DCU.