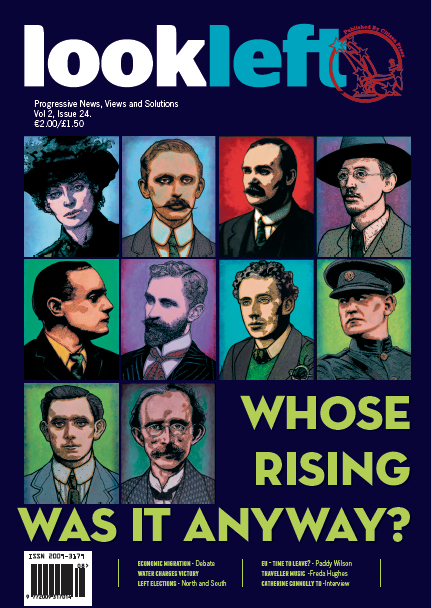 LookLeft 24 is in Easons stores and hundreds of selected newsagents across the country now.

Whose Rising was it anyway?

The 1916 Easter Rising and its legacy is examined by – Sean Garland, Brian Hanley, Eilis Ryan and Tish GibbonsThe other 1916 – former Loyalist prisoners give their views on the importance of the Easter Rising and the Battle of the Somme

Boycott! Divest!- The growing movement to challenge the Israeli occupation of Palestine