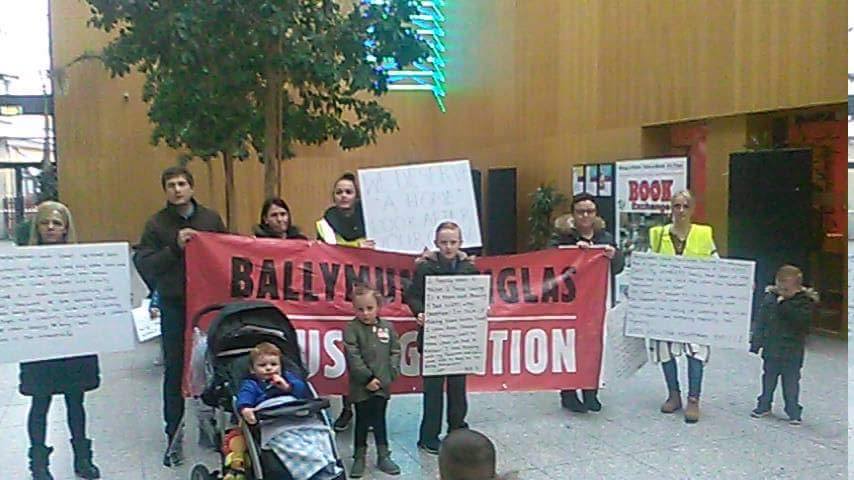 Members of the Ballymun-Finglas Housing Action campaign occupied Ballymun Civic Offices on 4th Feburary in an attempt to force action on homelessness. Leanne Kiernan – a mother-of-one who is homeless and on the housing waiting list for six years – took part in the protest. “We are here to highlight just how bad the homeless crisis is in Ballymun and across the city,” she said.

Mum-of-two Stacey Walsh, who has been on the housing waiting list for a decade, said protesters held the occupation because they felt they had no other option. “My two sons, who are both under nine, my partner and myself have all lived in a cramped B&B room for the last six months. This whole horrific experience has put an incredible amount of strain on my family. We are being treated like second-class citizens.”