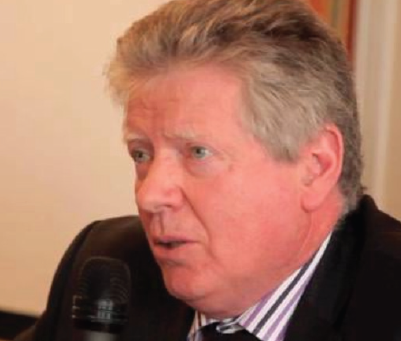 As an election looms the Government will, as governments do, come up with more and more promises. A perennial favourite is the promise to be “tough on crime”. This time around, the idea proposed is the establishment of a new Special Criminal Court. The claim is that a second Special Criminal Court will deal with a backlog of cases, begging the question as to why they would not simply assign a few extra judges and empanel a few extra juries. Individual liberty is the most pressing priority at all times for the law and if assignment of extra judges to criminal law duty in order to deal with a backlog is not the problem, then what is?

The second reason advanced is that organised crime is so all-pervasive that criminals can interfere with jurors through threats and intimidation to bring in verdicts of acquittal. To put the classic legal question, where is the evidence for this? How widespread is it? Is it really suggested that we have more sophisticated, pervasive criminal gangs than, say, the United States or Britain, and therefore can only deal with such cases against through Special Criminal Courts? That is hardly a serious proposition. What is the real reason?

The present position is that the State prosecution service can simply elect to bring a case before the current Special Criminal Court without having to explain or justify their choice to either the courts or the defendant’s lawyers.

We can only conclude therefore that the reason a new special court is being introduced is to feed popular prejudice. How often do we hear that favourite urban myth: “Sure if they’re caught the courts will let them away with it”? This is a widely held belief and such popular prejudice is fed by elements of the media. Of the hundreds of cases that are processed by the criminal courts annually, we are more likely to hear of the occasional case where a sentence is perceived to be too lenient or where an accused person breaches his bail conditions.

The reality is that the vast majority of cases brought by the State end in conviction. Huge numbers of cases do not proceed to a trial at all because the accused admits his or her guilt and is dealt with accordingly.

Another favourite myth is that juries are gullible and soft on crime. This is not the case. Over two-thirds of cases heard by juries end up with a conviction. It would of course be fair to say that the State probably fails to prove cases against guilty parties. That is a necessary price to pay so as to ensure that innocent people are not wrongfully convicted. It’s that high standard of proof that protects the rest of society from oppression.

Therefore if the jury system is working well, why do we really need special courts? Neither Britain nor America have special courts. Even the Diplock courts which were introduced in the North of Ireland during the Troubles are being quietly phased out now that the level of paramilitary violence has decreased. Why are we going in the opposite direction?

It can only be because the Government are feeding the popular myth that juries are soft on crime. By broadening non-jury courts, the principle of trial by jury is being marginalised. It is of course right that judges should preside over courts. They are professional lawyers but they should not decide guilt or innocence on their own; they have no monopoly on wisdom. Judges in the main come from a rather narrow stratum of society and cannot possibly bring the wide and varied life experience of 12 jurors to bear on a decision.

It is much easier to make an argument for being tough on crime than arguing about being tough on the sources of crime such as deprivation, educational disadvantage and unemployment among male youths between 16-24 years-ofage who make up such an overwhelming proportion of those accused of everyday crime. Few if any of those, or their families, involved in the criminal justice process are potential voters. It’s far simpler and easier to fulminate about being “tough on crime” regardless of the damage it does to the democratic principle of trial by jury.

Colm MacGeehin is a solicitor with MacGeehin Toale Solicitors