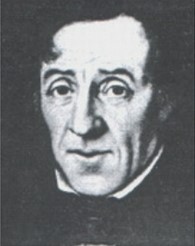 Jemmy is wary of seeming to make political points out of human tragedy, but he couldn’t help but notice strangeness in media coverage of the Carrickmines disaster. On the Monday after the fire had claimed ten lives, Today FM’s The Last Word had a half hour discussion on the Irish rugby team and the tragedy of Paul O’Connell’s hamstring injury. The same day, the Independent led with the death of a Garda, followed by several pages on the rugby and soccer games before dealing with Carrickmines on pages 12-13. No Irish newspaper gave anything like the level of attention to Carrickmines that it deserves.

Curmudgeon that he is, Jemmy enjoyed some of the sentimental hysteria that followed the over-rated Irish rugby team’s dismissal from the World Cup. He also savoured the efforts of rugby enthusiasts to claim that the game is somehow more popular than it actually is. Limerick is always mentioned in these discussions as some sort of proof that rugby is not just the preserve of south Dublin. For the record, junior soccer is more popular in Limerick city than rugby, but doesn’t have an army of radio and TV commentators talking it up and romanticising it beyond all reality.

Presenting Henry Kissinger’s favourite Irishman Peter Sutherland, former AIB chairman, the former member of the steering committee of the Bilderberg Group, an Honorary Chairman of the Trilateral Commission and, until earlier this year, chairman of Goldman Sachs International. And what role does this ‘esteemed’ individual fulfill with his less-than-personal experience of poverty and hardship? United Nations Special Representative of the Secretary-General (SRSG) for International Migration! It’s probably fitting because he probably caused his fair share of it.

Another member of that fortunate circle of Irish men who just seem to just be in charge for no obvious reason is former Dublin City Manager and soon-to-be former Irish Water boss, John Tierney. Jemmy was amused with the comment of anti-water charges campaigner Seamus McDonagh at Tierney’s departure and the rebranding of Irish Water that is reportedly to accompany it – “Rebranding Irish Water is no different to the rebranding of the Windscale nuclear plant in Britain as Sellafield in the early 1980s. It will fool nobody and its toxic legacy”. Indeed.

Ever Wondered How Late-Stage Capitalism Will End? Rover Dies.

The Government loves giving away money (just not to you)

Does our socialism still need republicanism?