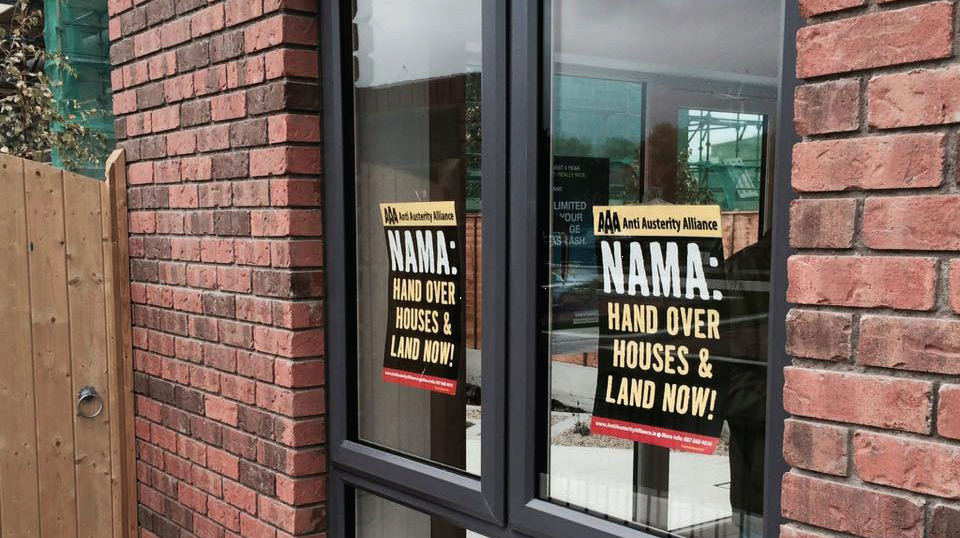 The Anti-Austerity Alliance has occupied several houses in protests over Government inaction in the housing crisis.

Several homeless families occupied a show house in Ongar in Dublin at the beginning of October, while housing activists occupied a house in the NAMA-funded Gannon development in Clongriffin on 25th October.

Homelessness activist Eric Fleming said: “The housing crisis gets worse by the week and will continue to worsen if we stay on the course this government has set of leaving it to private developers and landlords to meet the need that’s out there when clearly they are only in it for the profit. They are part of the problem and not the solution.”