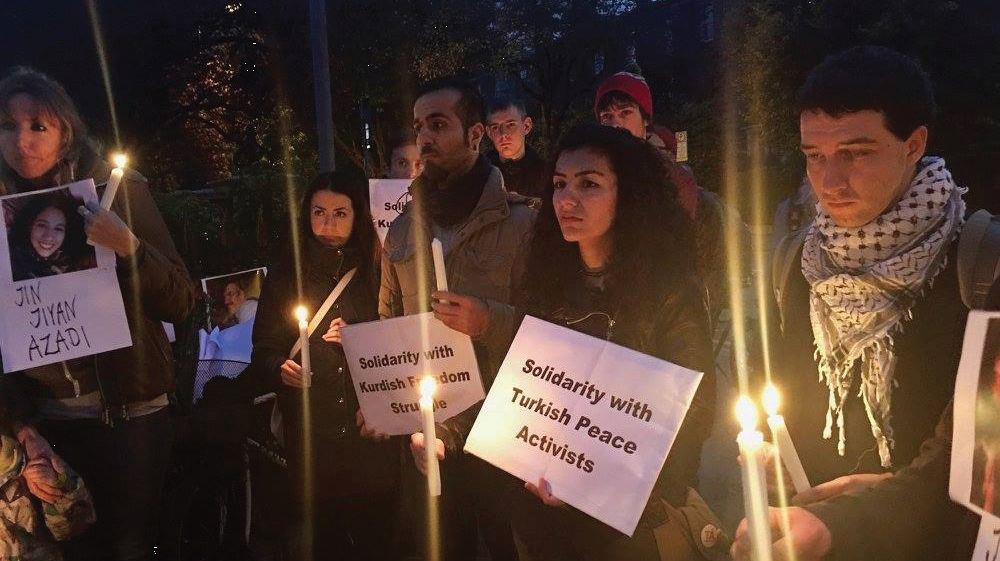 A protest was held outside the Turkish embassy on 15th October to protest the alleged involvement of the Turkish State in the bombing of a peace rally in Ankara on 10th October.

The bombs, which killed over 100 people, targeted a trade union rally for peace and democracy.

The opposition HDP party claimed the Turkish State and the governing AKP party were involved in the attack.

The bombing came in the wake of a similar attack in Suruc, where 33 young socialist activists were killed while en route to visit the Kurdish city of Kobane in Syria.