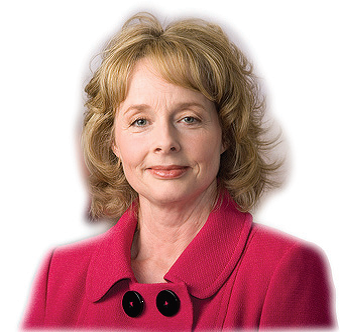 When you ask a Social Democrat where they stand on Europe, you will most likely get the reply ‘I am for Europe’. But I think the question now has to be – what type of Europe are you for?

Social Democrats have traditionally been strong advocates for a progressive European ideal of solidarity, human rights and protection for all workers. It is my contention that this loyalty to their European ideal has made a virtual prisoner of Social Democrats, to be exploited by neo-liberals to support their policies.

A stark example of this capture is the austerity agenda sweeping Europe. This could not be implemented without the compliance of progressive political parties, who have failed absolutely to challenge the various bodies of the EU in relation to Greece and the transfer of institutional debt onto ordinary Irish citizens for example.

I voted Yes for the various treaties – Maastricht, Amsterdam and Lisbon – also firmly believing in the European ideal. I believed that Ireland benefited from membership, not only economically but culturally and that the European Union offered positive opportunities. But the Europe we have now is one where austerity is the established fiscal policy, with an incoherent migration policy and member states who want to roll back their asylum obligations. When you include the European Commission’s push to reduce legislation for business – called the Better Regulation Agenda – which aims to cut so-called green and red tape, we are left with a union that takes a derisory approach to sustainability and solidarity.

But going so far as to exit from the EU or breaking up the EU would be counterproductive and I believe dangerous, as it would result in a complete surrender to a corporatist agenda. At least with the current situation we have some accountability and scrutiny, with strength in numbers in a globalised world.

This question of EU membership is being brought into sharp focus with the UK’s referendum on the EU, and Prime Minister David Cameron assumed that the British Labour Party would join him in his Yes campaign. Although Labour will campaign for a Yes vote, the Social Democrats should not allow the UK Government to presume an unquestioned and uncritical support for the Tory’s campaign.

It seems that Social Democracy believes that to face the full existential meaning of “Europe” and its failings will lead to an unravelling of the union. The reverse is the case. Multiple crises are now threatening its very existence, and there is a serious risk that ‘corrections’ will create another Union in the image of the right. We should listen to what Jeremy Corbyn has to say: “What I was opposed to is the idea David Cameron could give up workers’ rights and environment rights. Europe has an interesting twin track up until Maastricht, signed in 1992, there was a growth in the social Europe. Post-Maastricht, it has been a free market approach. I want something different.”

Debating these issues must not be subject to censorship around assumption of unconditional surrender to the status quo. They must be confronted.

In my view progressives need to join a wider left coalition to challenge the orthodoxy of austerity and corporatism. Prolonged neo-liberalism resulted in a form of chronic passivity amongst the general public, who are told again and again that there is no alternative. But we now know that when people are provided with hope and an inclusive politics they are energised.

We have the nucleus of this movement already with the shift in public consciousness exhibited by the success of Syriza, Podemos, independents and small parties in Ireland, the SNP in Scotland and the election of Jeremy Corbyn as leader of the British Labour Party. To be true to its stated values, Social Democracy should be part of this movement.

Nessa Childers is an MEP for the Dublin constituency and a member of the Socialists & Democrats group in the European Parliament.