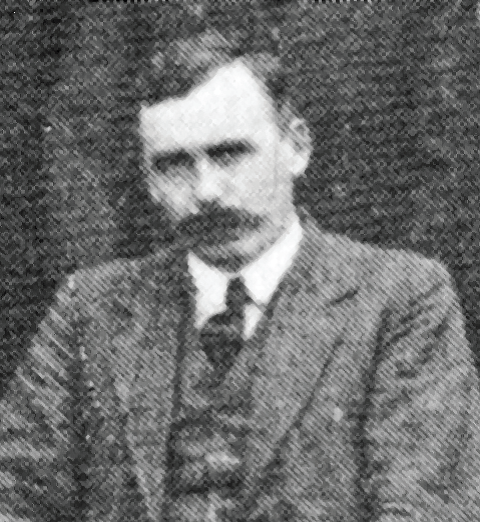 John Jeffries discovers the legacy of John Dowling, a trade unionist and communist from Munster’s revolutionary past.

The role of militant workers’ movements in the struggle for Ireland’s independence has, until recently, been written out of our history. The dead James Connolly was reduced to a mere icon, the heroic leader shot in a chair, his radical socialism and trade unionism airbrushed from the narrative It is understandable then that people like John Dowling, of Cobh in County Cork, were simply written out of our history. They were simply too inconvenient.

Dowling, who would go on to play a major role in what would become known as the Munster Soviets, was born in Cobh (Queenstown) in May 1885. At around 14 years of age he was apprenticed as an engine fitter at the Naval Dockyard on Haulbowline Island in Cork Harbour. On the outbreak of the First World War around 3,000 men were employed at Haulbowline in the repair and maintenance of Royal Navy ships.

It is not certain when Dowling became involved in the radical movement, but he was already an active socialist and trade unionist in 1910, when James Connoll returned to Ireland. Dowling was on the organising committee that welcomed Connolly to Cork that July and shared the platform with him for two large meetings, including one attended by over 2,000 people at Daunt’s Square in Cork City.

The young socialist encouraged Connolly to come to Cobh to set up a branch of the newly-formed Socialist Party of Ireland. Connolly already knew Cobh from his days as a soldier, but the reception he received was far from friendly. At the first meeting Connolly was threatened by a group of supporters of the Ancient Order of Hibernians who accused him of being “against God”.

On his next visit to Cobh, on 7th March 1911, Connolly got an even more hostile welcome. A large mob, led by several local councillors, attacked Connolly and his party with sticks, stones and chair legs. Connolly was defended by Dowling and a number of other Cobh socialists, but to no avail. They were forced to leave under a hail of missiles and a police escort. Connolly famously referred to the town as “a nest of parasites feeding off other parasites”, but his return to Cobh in 1913 was more successful and a branch of the ITGWU was founded in the town.

In January 1914, Dowling stood unsuccessfully as a candidate in the municipal elections to Queenstown Urban Council. In a prescient election leaflet he raised issues which still resonate today – housing, unemployment and water!

Dowling was exiled from his hometown in July 1915 under the Defence of the Realm Act, moving to Limerick where he continued his trade union and political activity.

In August 1917 he was appointed a fulltime organiser for the Irish Transport and General Workers Union (ITGWU), shortly before the epoch-defining Conscription crisis. Though based in Limerick, he and Sean McGrath, who was appointed on the same day, jointly covered a large area of the Mid-West and Midlands. Almost immediately he began agitation and his first major strike was at Russell’s Sawmills in Portarlington which began in December the same year. Over 120 workers picketed the sawmill in a dispute which lasted over two months and achieved all its aims.

Limerick celebrated International Labour Day on 1st May 1918 with a huge march through the city, culminating in a gathering of up to 15,000 workers at the Market Fields in the city centre. There the crowd was addressed by a number of militant leaders on three separate platforms. A number of motions were proposed and passed to the sound of a trumpet. One of these motions, written by John Dowling, read: “That we, the workers of Limerick and District, in mass meeting assembled, extend fraternal greetings to the workers of all countries, paying particular tribute to our Russian comrades who have waged such a magnificent struggle for their political and social emancipation”.

ITGWU members in Kilmallock organised a general strike with hundreds of workers marching through the town with red flags demanding Dowling’s release.

The Limerick Soviet and the surrounding events have been well-documented elsewhere. Less well-covered is the role of Dowling and his comrades Sean McGrath and Jack Hedley (aka Sean O’Hagan) at that time. Some writers credit Dowling with drawing up the plan for the organisation of a worker takeover of factories, shops and key utilities in the county. This later became the blueprint used for the Limerick Soviet and even more successfully in other soviets at Bruree, Knocklong, Charleville and elsewhere throughout Munster.

The Knocklong Soviet took over 12 creameries in Limerick, North Cork and Tipperary, all owned by the millionaire Cleeve family. Dowling, along with McGrath and Hedley, formed the Workers’ Committee of Action in mid 1921 which became the co-ordinating body of the Munster Soviets. Knocklong was a watershed as the workers won all of their demands in a matter of days, leading to the formation of dozens of soviets across north Munster.

The soviets were not only opposed by the British and local business elites like the Cleeve family. The IRA also saw militant trade unionism as a threat and Michael Collins was vehemently opposed to the soviets. Eventually it was Countess Markievicz, Minister for Labour in the provisional government, who ordered the IRA to close down the soviets. Under orders, the IRA, and later the Free State Army, intervened to break the soviets and return the factories to the control of the employers.

On 3rd March 1922, a Court of Arbitration was held in Kilmallock regarding an ongoing labour dispute at the Bulgaden creamery. Headed by the local Parish Priest, a doctor and Sean Moylan TD (North Cork Anti-Treaty and later Fianna Fáil deputy), the court ruled in favour of the employers and condemned what “the wanton destruction of property during the period of the strike”.

The following day, the IRA arrested Dowling, Sean McGrath and striking workers, allegedly in relation to the burning of hay at the property of a local Kilmallock farmer. Dowling was beaten and kicked severely while on the ground, sustaining a permanent facial scar. Immediately ITGWU members in Kilmallock organised a general strike with hundreds of workers marching through the town with red flags demanding Dowling’s release. Eventually, after a week in custody, the four were released without charge.

It would seem that this frenetic activity did not sit well with the union leadership and in 1923, Dowling, McGrath and Hedley were sacked. Their dismissal signalled the end of the most militant period in the history of Irish trade unionism and the collapse of the labour movement as a force for revolutionary change in Ireland.

By 1924 Dowling had returned to Cobh. His name hit the headlines in 1932 when he was mentioned during a Dáil question over a letter sent to him by Deputy Robert Briscoe. This concerned a proposal Dowling had made about the possibility of recently redundant workers at Ford’s motor factory in Cork finding work in Soviet Russia. The Government was condemned by the Cumann na nGaedheal opposition, who called Dowling “one of the chiefs of the Communist Party in Ireland”. In response Briscoe stated that a letter from him to Dowling was among items seized at Dowling’s home under the Public Safety Act and he accused the opposition of using this letter out of context to imply he (Briscoe) was in communication with communist agents.

The Cobh man operated a small garage in his hometown until shortly before his death on 29th November 1948 at the age of 63. An obituary in the Irish Democrat, organ of the Connolly Association, was written by his old comrade Jack Hedley.