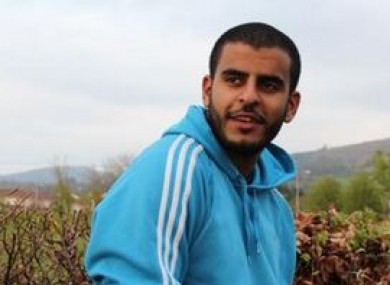 Speaking in An Dáil on Thursday 11th June on the issue of the Irish citizen Ibrahim Halawa’s detention in an Egyptian prison for over  two years and attempting to explain the Irish government’s failure to secure this young Irish citizen’s  freedom the  Minister for Foreign Affairs, Charlie Flanagan,  stated  that because  the young man had not yet been tried it was better to wait until he was tried and sentenced then they, the government, could seek a pardon. When I heard this, I said to myself, what planet is this man on?

The attitude of wait and see in this particular case is also reflected in the information carried by the Irish Times on Saturday 13th June. It was reported  on foot of a Freedom of Information request that pressure was put upon the Irish Rights and Equality Commission not to issue a statement in April last concerning the imprisonment of Ibrahim Halawa. This pressure was applied by a Colin Wrafter director of our Government’s human rights unit. As a result of this pressure no statement was issued by the Irish Rights and Equality Commission. Since this particular action of censorship, the situation has considerably worsened.

There have been two more adjournments, since then, the latest being Sunday 1st August for a further two months. Over that extended period of time Ibrahim has been beaten with iron bars by prison guards and has  also engaged in a hunger strike from  June 9th for a number of weeks which thankfully he has ended. Over a long period of time he has gradually lost faith in Irish government Ministers and officials.  We must seriously question the conduct and strategy of this Irish government and its Foreign Affairs department which after two years have brought no relief to Ibrahim Halawa or to his family, who are daily worrying about their son’s and brother’s fate. It is clear that the actions of the Egyptian Justice system and its present unlawful government are totally ruthless and have no concern for this Irish citizen.  It is essential that positive action is taken by the Irish government to secure Ibrahim’s release  in order to save his life.

The pathetic excuse tendered by the Minister that there should first be a trial then seek a pardon says it all about this government. A few questions should be asked of  the Minister. Whom do they think they are dealing with in Egypt ?  Do they recognise that this regime seized power in a  military coup; has already murdered thousands of Egyptian citizens; has imprisoned tens of thousands of  protesters; has not only ousted the democratically elected President but have  sentenced him to death. This regime in Egypt has the hallmarks of a Fascist movement and is aided and abetted by Israel and the United States  in all their actions. Dealing with this regime with kid gloves is akin to the policy of appeasement.

The lame excuse trotted out by this unlawful Egyptian dictatorship,  and accepted by  our Government, is that the dictatorship cannot interfere until the judicial process is complete “stinks to high heaven“. This regime had no difficulty in arranging the release of Australian journalists and other foreign citizens whom they had imprisoned. Listening to our Minister for Foreign  Affairs, Charlie Flanagan, on RTE’s Morning Ireland, Monday 3rd August it was most disheartening to hear his comments and his response to questions posed by the interviewer. Did he believe Ibrahim Halawa was innocent? He fudged his answer. He expressed “Hope” that Ibrahim would soon be freed but stressed we must await for this judicial process to be completed

The news that the United States has re-established political and diplomatic relations with the Egyptian dictatorship  provides an opportunity for the Irish government to take a  positive initiative and seek the assistance now of their friend Secretary of State John Kerry by having him put pressure on his ally the Egyptian dictatorship and secure the release of Irish citizen Ibrahim Halawa.

Coupled with the above initiative the  Irish Government in order to secure the release of an Irish citizen should the Fascist Egyptian regime brought before an International Court of Justice. To introduce  a resolution at the United Nations General Assembly condemning the actions and policies of the regime and to have the General Secretary of the United Nations Ban Ki Moon organise an international boycott of this illegal and anti-democratic regime government.

The United States is doomed to fail