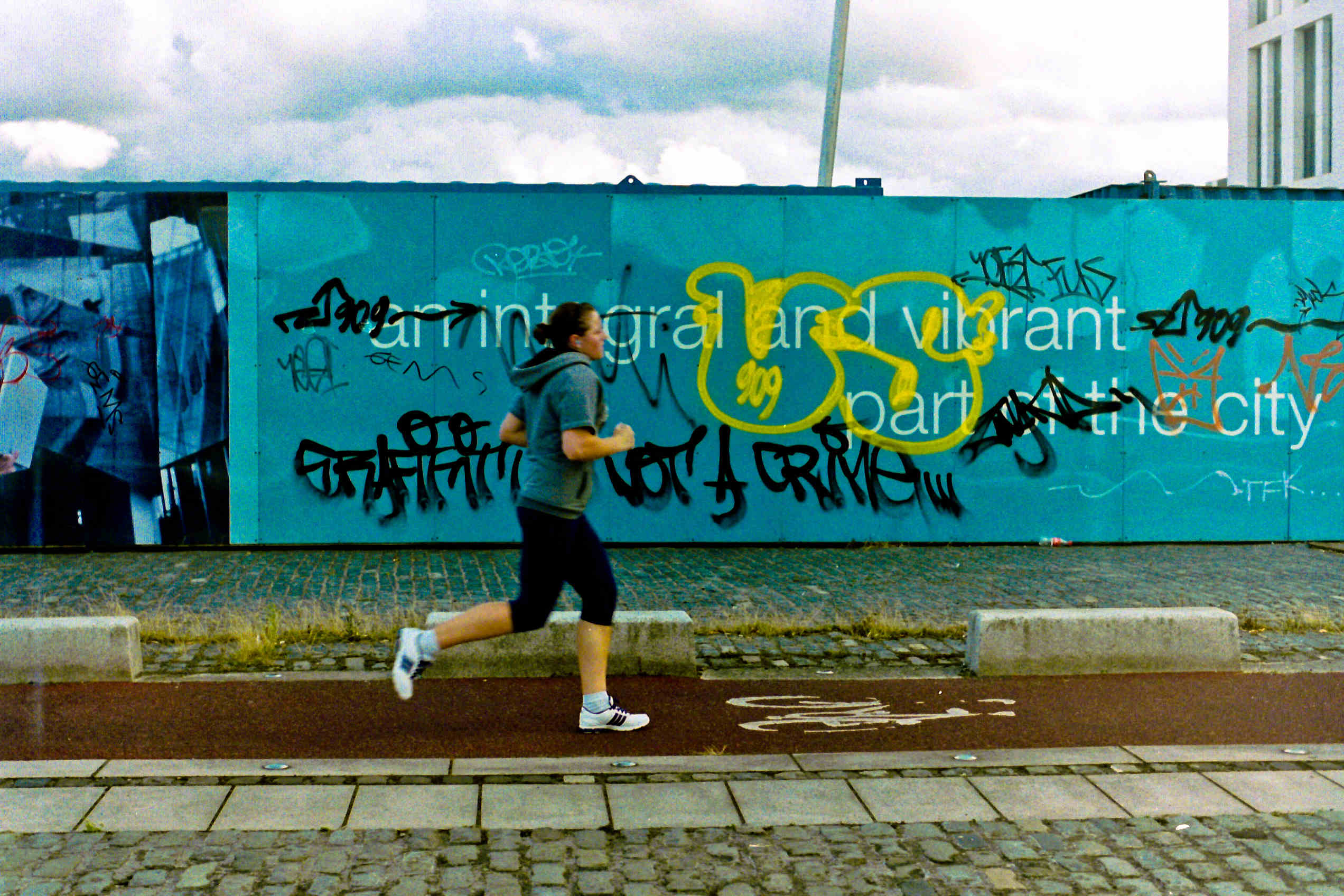 The Dublin Docklands are once again being developed with the creation of profit superseding any concern for communities, Richard O’Hara reports

Dublin’s Docklands have undergone a radical transformation over the last thirty years. Once the home of thriving working class communities, they were left to decline as deindustrialisation and the containerisa- tion of shipping stripped the communities of employment.

Recent decades saw tax-incentivised property development change the face of the Docklands, as the area became the site of some of the worst excesses of the property bubble. Shiny, bland office buildings for financial services companies stand in the place of city council flats. Luxury gated apartments back on to working class areas, enclosing public waterways from the local community.

The Dublin Docklands Development Authority (DDDA) was established in 1997 to oversee regeneration in the Docklands area and is most famous for its role in the speculative development following its establishment and for the hundreds of millions of euros poured into the quagmire around the Irish Glass Bottle site and the never-completed Anglo Irish Bank headquarters.

In May 2012, the DDDA was dissolved and its assets transferred to the State-established National Assets Management Agency. NAMA is now the key player in Docklands property, holding a stake in 75% of land zoned for development in the area.

At the end of 2012, then Minister for the Environment, Phil Hogan, announced that an area of 66 hectares covering Grand Canal Dock and the North Lotts in the Docklands area was to be designated as a Strategic Development Zone. This means that an area is considered to be of strategic social or economic importance and, after the relevant authority, in this case Dublin City Council, prepares a planning scheme, any planning application deemed consistent with the scheme can be granted permission. Normal planning rules are suspended, and once permission is granted for a development, it cannot be appealed to An Bord Pleanála.

NAMA estimates that the Docklands SDZ can hold up to 2,600 residential units and 305,000 square metres of commercial office space when development is completed.

Under the DDDA master plan, developers were obliged to provide 20% social and affordable housing in any residential development scheme in the Docklands. There were mixed results, and the Spencer Dock development on the north quays failed to deliver any of its social housing obligation. The DDDA master plan is now defunct, and there are no such requirements in the SDZ plan.

As it stands, Irish planning law does stipulate that 20% of housing in any private residential development must be given over to social housing, although councils are currently able to receive cash or land in lieu of housing, and DCC recently sought cash in lieu of housing for two of the city’s largest private residential developments planned since the crash. While legislative change is under way to prevent councils from doing this, this will also reduce the social housing obligation to 10% or less. It will be left up to developers to decide what sort of housing to build, and previous development in the area indicates that most will be high-end apartments.

There is a crisis in social housing provision in Dublin City, with 20,000 households on the council waiting list and rising rents in the private rental sector squeezing families out of their homes. But while the Government and City Council are reducing developers’ social housing obligations, the main focus of development in State-owned land in the city centre is building office blocks.

DCC’s SDZ Planning Scheme states that there should be cultural and social investment, to avoid creating a “mono-use office environment”, but all the signs indicate that the focus will be on building Grade A commercial office space. Despite a vacancy rate of 13% in late 2014, the media and property sector are insistent that there is a crisis in the supply of high-quality office space in Dublin, potentially threatening Foreign Direct Investment.

Already MABOS, a cultural group based in Hanover Quay, have been forced out to make way for office development and other cultural groups and small businesses are fearful of a similar fate.

NAMA is looking to rid itself of much of its Irish assets over the coming year. Already there is a projected 66% increase in NAMA loan portfolio sales on 2014, many of which are going to the new players on the Irish property scene – US private equity funds. These groups specialise in real estate purchases, particularly in distressed markets. Of the €17.5 billion worth of assets that NAMA has sold off, 90% have been sold to US buyers, the vast majority of whom are private-equity funds.

A number of these funds have already been involved in buying up existing blocks and development sites in the Docklands area. Irish developers are also teaming up with these vulture funds, providing local knowledge of the property market, while the funds provide the finance.

With Government and NAMA fearing that these funds will abandon the relatively small Irish property market for more attractive markets abroad, the SDZ provides a way to provide certainty to international investors and insulate them from local demands about planning.

Local communities have been locked out of any input into these develop- ments, although the creation of an as yet undefined ‘Docklands Consulta- tive Forum’ has been proposed. These working class communities did see some improvements during the last two decades receiving a degree of funding and consultation as part of DDDA developments.

Inner City Organisations Network represents a number of community groups and projects in the Dockland area. Chairman Seanie Lambe said: “People expect young people to do a Leaving Cert, it’s no longer out of the ordinary. The problem now is you come out of third level and what is there to do but (get) the boat.”

No budget has been set aside to promote social regeneration in the SDZ. As Lambe points out: “We had some successes and what we were trying to do was to keep them going, but we don’t have a budget for those kinds of social investment.”

Most strikingly, the maps prepared for the SDZ carefully cut out every single one of the local working class communities. This, according to Lambe, was so that “in their marketing process they were able to claim that 80% of the people living in the area have a third level education. Obviously we fought long and hard to try to get the SDZ to cover the whole original DDDA master-plan area.” The exclusion of these communities and their concerns from the input into planned development makes it easier for NAMA and the DCC to sell the SDZ to international investors.

The finance industry trumpets employment figures of around 33,000 workers for the Irish Financial Services Centre in the Docklands area. But, whether or not the figure is true, many in the local communities are unable to benefit from the jobs in financial and legal services, or the so-called ‘Silicon Docks’ tech companies. For the most part, what lasting employment for working class people created is in low-wage service jobs like cleaning and security.

These communities stand to gain little to nothing from the current development of the SDZ – the designation of which is designed to bypass the democratic features of the planning system for the sole purpose of enticing private equity funds into the Irish property market.

Has the window for change in Lebanon closed?