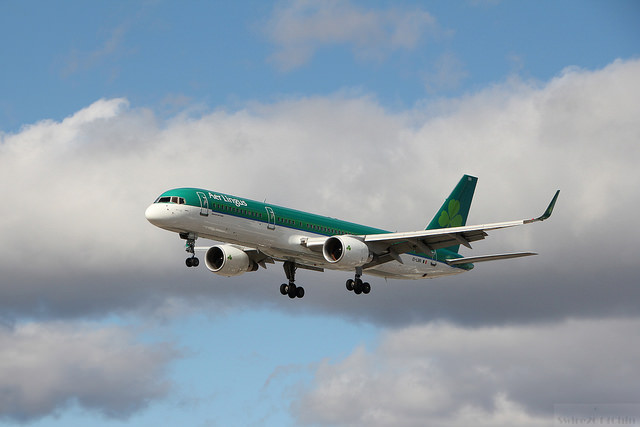 Calls have been made for trade unions to examine the viability of buying shares in Aer Lingus to prevent its complete take over by private interests.

The former state-owned airline faces take over by multina- tional International Airlines Group (IAG) despite opposition from the workers’ trade unions. IAG has said it will bid to buy the company on conditions that it got acceptance from the two biggest Aer Lingus shareholders: Ryanair, which owns 29.8%, and the State, which owns 25.1%.

However, the seeming acceptance by the Government to allow Aer Lingus to become fully privately-owned has been strongly opposed by the Left.

“The Government who is supposedly about jobs, jobs, jobs, need to protect the jobs in Aer Lingus rather than sell the workers out and leave their livelihoods in the hands of a private company whose only concern is maximising profit no matter the cost to their workers”, said People Before Profit Councillor John Lyons.

However, the seeming acceptance by the Government to allow Aer Lingus to become fully privately-owned has been strongly opposed by the Left. ” “This is a reasonable and realistic proposal and we would urge the trade unions in Aer Lingus along with ICTU to put pressure on the Government to adopt the Sweeney proposal,” Garland said. “In the absence of any positive decision by the coalition Government we would urge ICTU to convene a meeting of the trade union movement to discuss raising the necessary finance to buy Ryanair shares at this most critical time in the history of Aer Lingus.”