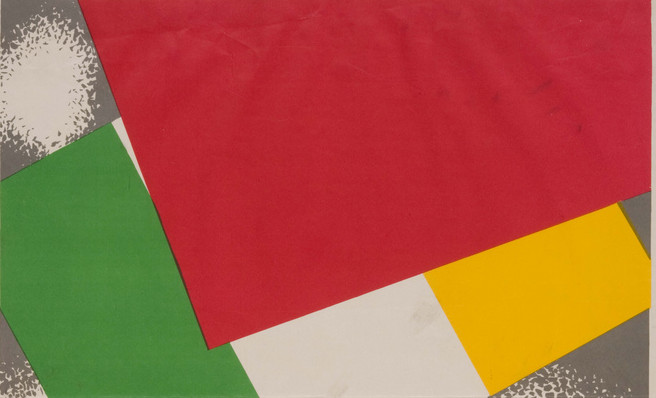 Despite the small number of active communists in 1930s Ireland this did not prevent the emergence of mass anti-communist movements and politicians whipping up ‘red scares’, reports Donal Fallon

The early years of the 1930s saw very significant change in Irish political life, with the former revolutionaries of Fianna Fáil coming to power in 1932, only a decade on from their Civil War defeat.

Despite Cumann na nGaedheal claiming he was some sort of communist, the Fianna Fáil leader Éamon de Valera shared the view that communism was a poor fit for the Irish nation, remarking in 1931, before his party’s ascent to power, that “I doubt there is any country in the world that presents such an unfruitful field for Communism as our country. The individualistic tendencies of our people are against it; the system of land tenure – ‘peasant proprietorship’ – is against it, our Catholic faith is against it.”

The Catholic Church, no doubt fearful of international events, condemned communism strongly and repeatedly from the pulpit. A joint pastoral issued in October 1931, and read in every church in the country, condemned the Left-wing republican party Saor Éire as a “frankly communistic organisation, trying to impose upon the Catholic soil of Ireland the same materialistic regime, with its fanatical hatred of God, as now dominates Russia and threatens to dominate Spain.”

For all the hysteria that existed around communism, the radical Left was numerically tiny, and lacking in influence in Irish political life or broader society. For those on the Right of politics however, this was an irrelevance. The Blue Flag, a newspaper affiliated to the Blueshirt movement, warned that “it may be granted that the organised Communist Party in Ireland is numerically weak, though no weaker than the Communist Party in Russia a year before it became the Government of Russia.”

Explicitly anti-communist movements that came into existence in the early 1930s were largely motivated by religious faith. The Saint Patrick’s Anti-Communist League, founded in March 1933, was able to mobilise very significant numbers onto the streets, and Garda reports suggest that this movement was taken seriously by the authorities, with details of rallies and meetings contained within the Department of Justice archives.

The language of the Saint Patrick’s Anti-Communist League was often highly inflammatory, and designed to provoke a red scare. Gardaí noted in a report on a meeting held by the League in April 1934 that P.J Duffy, the general secretary of the League, put forward a claim that there were hundreds of Moscow-line communists in the capital: “All of whom were pledged to obey the Third International who received their orders from Moscow. The objects of Soviet Rule were to destroy the Catholic religion.”

If there were hundreds of communists in the city, it would certainly have been news to the fledgling communist movement. There was also a sinister dimension to the emergence of such an- ti-communist feeling at that particular time. In March 1933 gardaí believed that members of the League were central to an assault on Connolly House, the head- quarters of the communist movement in Dublin, based on Great Strand Street, which was attacked over three consecutive nights. On that occasion, a crowd of several hundred laid siege to the building, singing religious hymns such as ‘Faith of our Fathers’ and ‘Hail Glorious Saint Patrick.’

R.M Douglas, a historian who has examined the far-right in Ireland at this time, has noted that the violence in Dublin in March 1933 was some of the worst witnessed in the city since the Civil War, while An Phoblacht, the IRA newspaper which was then under left-wing editorship (significantly more left-wing than the IRA rank and file), branded the attack on Connolly House to be the work of ‘Hitlerists’, with an editorial proclaiming: “Hitlerism is a disease, which until now appeared to be confined to the European Continent. But it now appears to be developing into a plague, and likely to sweep all over the world. It has manifested itself in Dublin in the last few days. Like witch-hunting of old, it is likely to become a sport, unless rudely checked.”

The Irish Christian Front (ICF), which emerged in 1936, was in many ways an even greater threat to communists and the Left than the Saint Patrick’s Anti-Communist League, having as its central leadership figure Patrick Belton, a member of the Dáil and a respected veteran of the 1916 Rising. A rally at College Green in October 1936 saw tens of thousands mobilise against communism, with Belton telling the crowd that “were Ireland to accept communism it would break with its past and destroy its hope for the future.” Explicitly pro-Franco, the movement was strong across the island of Ireland.

At a meeting in Cork in September 1936, the Right Rev. Dean Sexton told a crowd that a “renegade Jewish gang in Russia” were seizing power in Spain and could do likewise in Ireland. Even by the standards of the day, the ICF seems to have drifted towards more and more bizarre politics, with a focus on what were described by historian Fearghal McGarry as “negative and often unconventional subjects”. Campaigns against things like Jewish immigration to Ireland were waged alongside campaigns to close down Dublin’s “thriving nudist clubs”. Increasingly seen as a crank, and becoming more and more anti-Semitic, Belton would lose his seat in the 1937 general election, by which point the movement was in decline.

In April 1936, on the twentieth anniversary of the Rising, a communist contingent marching in the annual IRA Easter parade suffered repeated physical assault. They were joined by Willie Gallacher, a Scottish communist who had been elected to Westminster in 1935. The Irish Press detailed the assaults on communists, noting that “Members of the Communist Party of Ireland were attacked with stones and there were a number of free fights in which several people were injured during the IRA procession from St. Stephen’s Green, Dublin to Glasnevin Cemetery yesterday.” According to that report, there were about 60 members of the Communist Party in attendance, with red tabs attached to their Easter lilies. At the General Post Office, the newspaper estimated a mob “having then numbered about 200 people” was attempting to rush the group, and later Roddy Connolly, son of the executed Easter Rising leader James Connolly, was struck by a stone thrown by the mob. The Irish Press detailed that attacks on the group continued all the way to Glasnevin, where sellers of the British communist paper the Daily Worker were assaulted and had papers seized from them. Among those attacked was Jack White, a northern Protestant and veteran of the British Army. He had been influential in the establishment of the Irish Citizen Army, though by the second half of the 1930s he was beginning to identify as an anarchist, something that brought him to Barcelona, where that ideology was par- ticularly strong. From Barcelona in 1937 he would recall the violence at Glasnevin:

“Last Easter Sunday, I had myself to fight for three kilometres against the Catholic actionists, who attacked us on the streets as we were marching to honour the memory of the Republican dead who fell in Easter Week 1916. The pious hooligans actually came inside the cemetery and tore up the grave rails to attack us.” The following day, a meeting at College Green to honour the 1916 men, advertised as a ‘republican labour’ meeting, saw Willie Gallacher, Peadar O’Donnell and others attempt to address a gathering that gardaí estimated in which “about 98% of the people present were opposed to the meeting.”