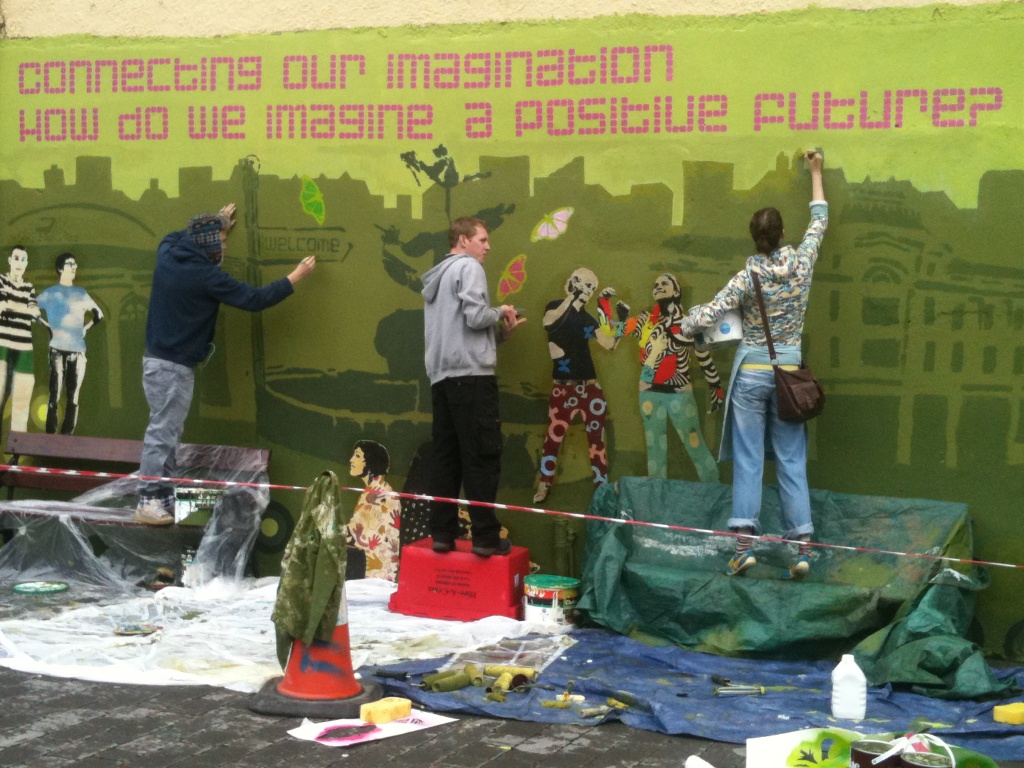 Youth work has been targeted for cuts, a move that will ensure that the true social cost of austerity will only be fully revealed in decades to come, Francis Donohoe reports

“I am well used to people asking me ‘youth what?’ when they first hear the term ‘youth workers’, and for some folks it comes as a bit of a surprise to learn that there are professionally qualified, usually at university degree level, youth workers whose job is to operate a range of youth projects across the Republic, usually in marginalised areas,” says Pat Leahy, a researcher from University College Cork.

Leahy along with Lisa Power, a student social worker and a Catriona MacNaeidhe, a front-line youth worker, have researched the impact of austerity cuts on youth work in Cork. Their research reveals both the profession’s importance and its neglect in Ireland.

Leahy said: “Youth work itself is a large and dynamic area. It should be noted that youth work is not a subsection of community work or a form of social work, nor indeed a correctional activity for delinquents; it is a distinctive discipline in its own right that calls for an extremely high level of skill and ability to practice effectively.”

Youth work includes the voluntarily-run organisations. These are usually staffed by local people who run youth clubs in their own neighbourhoods which are often affiliated to a larger youth organisations, such as the Scouts or Girl Guides. The work done in these settings is invaluable, although drastically under-resourced, in providing recreational-based learning and general socialising opportunities for young people.

At the professional level, paid youth workers operate projects that deal with issues including drug use, teen pregnancy, early school-leaving, trouble with the law and many other issues.

Projects are typically run by a voluntary youth organisation, such as Foróige or Youth Work Ireland, and are often based in local authority housing estates. The work is varied and corresponds to the needs of the local youth population; youth work (which takes many forms, and is predominantly delivered by volunteers in parish youth club settings) is an educational (as in the wider informal educational sphere) activity, so learning is a critical element.

Since 2008, there has been a cut of between 25% to 34% from Government funding to the youth organisations that operate these projects, but youth work was never adequately funded in this country, with 2008 the high water mark for funding. According to Leahy, Power and MacNaeidhe’s research this has resulted in many cases of workers having their working hours, and therefore income, cut and in other cases being made redundant. The overall cut in Government budgets has been in the order of 7%; youth work is taking much more than its fair share of hardship.

This is particularly insidious as in many cases the workers have been instrumen- tal in building up these projects and tend to view their work as much more than a job. As youth workers don’t work for the State directly but for youth organisations; they do not have the protections offered to public sector workers by the Croke Park and Haddington Road agreements. To compound matters, youth organisa- tions are funded to operate projects, not to employ staff; therefore the reductions in the grants to run projects have impacted harshly on the workers, some of whom informed the researchers that their employing organisation viewed their work and their projects as little more than funding streams.

Most of the youth organisations are in a dilemma as they want to maintain their employees’ pay and conditions, however, as they are overwhelmingly funded by the State with no alternate income they have few options. Some youth organisations have moved to using volunteer workers to make up the shortfall.

Lisa Power said: “In one case a Cork-based youth worker was told by a manager that ‘a good volunteer could do your job’. It is highly unlikely that any volunteer would have the skills and knowledge required to operate a youth project; the worker in this instance holds an internationally-recognised profes- sional qualification in youth work and has over two decades of experience.”

“The effect on services for the young people who use these projects has been severe,” said MacNaeidhe, “Workers informed us of drastic cutbacks including decreased access and availability for young people, reduction and elimination of activities, ‘fire-fighting’ and reactive work and volunteer displacement of workers.”
A working poor situation has become the norm for a significant number of youth workers, with a consequential loss of morale, an increase in stress and the feeling of being an under-val- ued workforce; volunteer displacement entails a de-skilling and downgrading of youth work and has an adverse effect on frontline youth work services, further marginalising young people in disadvantaged areas. There are also people exiting the sector with a consequential loss of invaluable knowledge and experience.

Cork City Council Workers’ Party councillor, Ted Tynan, said: “The negative impact of austerity on our young people may only become fully evident in decades to come. What is certain is that the conservative politicians who oversee this austerity regime are more than willing to condemn a generation to un- derachievement.”

Tynan added: “Young people do not need hand-outs but they do sometimes need a helping hand, and where they have been denied the op- portunities available to their peers in better off areas they particularly need the type of support and encouragement that youth workers can provide, made accessible through youth clubs and their activities.”