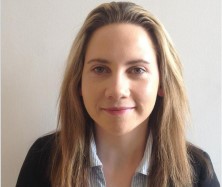 Laura Harmon calls for an end to the exploitation of young people in the Republic.

The Union of Students in Ireland were delighted to support the launch of The Rights Campaign on the 29th of October. It’s important for students and workers to campaign together on issues that affect us all.

There is a culture of working for free that has developed in Ireland during the recession that has been born out of the unpaid internship culture. It seems that young people are almost expected to work for free now before they earn their place in the workforce. This is something we need to counter as it only serves to devalue workers and drive down wages.

JobBridge is just one of many Government schemes and it does not work effectively. I would argue that it has lost all credibility. The reality is that one in five interns leave dissatisfied.

In fact, 28.6% of interns eventually progressed to employment with their host organisation which tallies with the 29% of employers who said that they would have been highly/fairly likely to have offered paid employment in the absence of the JobBridge scheme (Indecon report). Why are the Government paying for companies to replace what would have been paying jobs with unpaid internships?

Schemes like JobBridge put downward pressure on wages and there are already problems in relation to this. Half of the workplaces inspected by the National Employment Rights Agency (NERA), between January and October 2012, for compliance with the National Minimum Wage were found to be paying under the €8.65 hourly rate. A JobBridge intern working an average working week of 40 hours (and we can see from the Indecon Report that many work longer hours) makes €3.75 per hour. With rises in the cost of living and a 10% national increase in rental accommodation prices this year (Daft.ie), the campaign for fair pay is much needed.

The economic crisis in Ireland has also left us with a youth crisis. 41.8% of those aged 18-24 are at risk of poverty or social exclusion. Employment was up for over 35s in the last Quarterly National Household Survey, but it is actually down 6,000 jobs in the under-35 category.

It seems that young people are almost expected to work for free now before they earn their place in the workforce.

Most jobs advertised are in urban areas. These welfare cuts do not take into account the geographical location in which people live or the costs associated with travelling to seek work or undertake an internship. If a young worker moves to Dublin City Centre, and then becomes unemployed, €100 per week is not sufficient to live off without some other assistance. Unemployed young workers may need to move back to their native region, and search for work there. This can affect inter-regional mobility and contribute to social exclusion of young people. Furthermore, not all young people have families to move home to or additional supports available, and emigration itself is expensive. It is not a viable option for everyone.

The Union of Students in Ireland is looking to link up with trade unions on these issues and we already have an agreement in place with SIPTU where we distributed 30,000 leaflets in freshers’ packs to students on their rights in the workplace. We will be continuing to highlight these issues to our membership this year.

It’s great that the campaign uses language that centres on ‘rights’ as this is a human rights issue and it’s important that people know this. Rights are things which ensure equity for everyone in society and unless workers’ rights are upheld and unless people feel empowered and confident to assert and fight for their rights, we won’t achieve the level of fairness and equality we are fighting for in the workplace. People should never settle to be treated as second class or unequal and USI commends the launch of this campaign.

Laura Harmon is President of the Union of Students in Ireland.