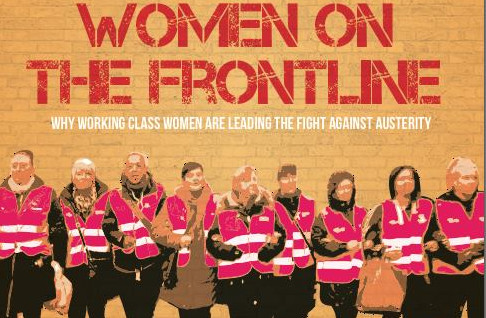 LookLeft 21 is in Easons stores and hundreds of selected newsagents across the country now. Still only €2.00, the highlights of this issue include:

Solidarity at Solitude – Paddy Wilson and Chris Bailie discuss the efforts of fans to create a progressive, non-sectarian fan culture at Cliftonville FC.

Combat Folk! – Kevin Squires talks to The Modena City Ramblers about the music and politics that keep them going.

Can the left co-operate? – At least four different plans are being proposed to further Left co-operation but many hurdles remain, reports Dara McHugh

The battle for Ukraine – After the coup in the Ukraine, Ukrainian progressives face severe repression. We interview leftist organisation Borotba about the coup and the new regime.

God, culture and the republic – After the terrorist attacks in Paris and Copenhagen, Gavan Titley and Ultán Gillen discuss the roles of secularism and multiculturalism

Cut out from the docklands carve up – Dublin Docklands communities are being sidelined from their area’s development. Richard O’Hara investigates.

Another lost generation? – Youth work is disproportionately hit by cutbacks, damaging the prospects of young people.

Stormont House Agreement: who benefits? – Justin O’Hagan looks at the movement against austerity in Northern Ireland.

Thanks for your donation…