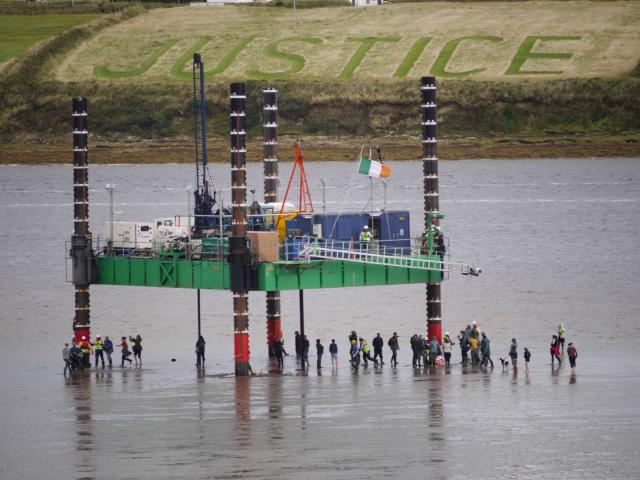 In November, the National Executive Council of the country’s largest trade union, SIPTU, called for a referendum to enshrine in the constitution the public ownership of water and its supply system.

The Communist Party of Ireland called on other unions to adopt this position also. CPI General Secretary Eugene McCartan stated: “Only an amendment to the constitution that guarantees to the people their ownership of water can prevent this or any future Government commodifying and privatising water.” A bill placed before the Dáil by Sinn Féin calling for such an amendment was voted down by Fine Gael and Labour.

The call for a wider debate on the establishment of constitutional protection for public assets has been made by the Workers’ Party.

Workers’ Party spokesman, Seán Garland said: “Once the current threat to the public ownership of the water system is ended with the return of its control to local authorities and Irish Water closed down, debate must turn to the wider issue of protection of State assets”.

He added: “Publicly-owned assets, services and natural resources have been under attack for the last 30 years. There must be discussion on how these assets, which are managed by the State but owned by the people, can be safeguarded from a political class that seeks to hand them over to private companies and rich individuals. A constitutional clause which states that what is owned by the people cannot be sold without a vote of the people offer the best protection. Only an amendment to the constitution that guarantees to the people their ownership of water can prevent this or any future government commodifying and privatising water.”