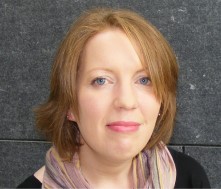 Sinéad Kennedy asks how to advance the struggle for women’s right to choose.

Abortion has been illegal in Ireland in almost all circumstances for more than 150 years. Yet, despite this legal fact, hundreds of thousands of women living in Ireland, North and South, have had, and will continue to have abortions. In 1983, Article 43.3.3 (also known as the eighth amendment) was inserted into the Irish Constitution, copper-fastening the prohibition on abortion by equating, in legal terms at least, the life of a pregnant woman with that of a foetus.

It reads: “The State acknowledges the right to life of the unborn and, with due regard to the equal right to life of the mother, guarantees in its laws to respect, and, as far as practicable, by its laws to defend and vindicate that right.” In practice these 43 words mean that legally a foetus is an independent entity whose rights must be protected regardless of the risk to the life, health and well-being of the pregnant woman.

These words meant that young girls, like Ms X and Ms C, who were raped and became suicidal due to their subsequent pregnancies were dragged through the legal system so that doctors, psychiatrists, barristers and judges could decide whether they were entitled to exercise control over their own bodies and what happened to them.

These words determine not only abortion policy in Ireland but provide the legal framework within which health and maternity care is provided to women in Ireland. The eighth amendment was undoubtedly a contributing factor to the death of Savita Halappanavar, who was denied a potentially life-saving abortion due to the presence of a foetal heartbeat.

Despite the introduction of the Protection of Life During Pregnancy Act 2013 (PLDPA) which allows for very limited abortion — when a woman’s life is a risk, including the risk of suicide — the presence of the eighth amendment means that it is meaningless. Just this summer, a young migrant woman, Ms Y, who was raped and became suicidal, was denied a legal abortion. Begging for an abortion, the woman went on hunger strike. Instead of acceding to her request for an abortion she was legally entitled to, an order to force-feed her was obtained from the High Court (where the foetus had independent legal counsel) and she was coerced into continuing her pregnancy until the foetus was viable.

A whole new generation of abortion rights activists have been politicised by the death of Savita Halappanavar and the horrendous treatment of Ms Y and have begun to organise to repeal the eighth amendment and campaign for free, safe and legal abortion in Ireland. How this will be achieved was a matter of some debate at the recent Coalition to Repeal the Eighth Amendment Conference. It would be a mistake to assume that simply removing the eighth amendment from the constitution is the complete solution to the Irish abortion problem. We will also need to repeal the legislation enacted to enforce it – including the Abortion Information Act and the Protection of Life During Pregnancy Act.

In developing strategies to fight for abortion rights we also need to consider what meaningful access to abortion would involve and look at the variety of intersecting issues – class, medical, immigration, child protection, mental health to name a few – which shape women’s access to abortion. There has been a great deal of emphasis in the Irish abortion rights movement on legal solutions, yet the best possible solution would not be to just legalise abortion but to remove it from criminal law altogether and regulate it like other aspects of women’s reproductive healthcare like the Canadian model.

For now at least, our immediate focus has to be on creating a movement that will force Irish politicians to end their hypocritical silence on the issue. The establishment last year of a broad campaign, the Coalition to Repeal the Eighth Amendment, which includes abortion rights groups, trade unionists, NGOs, women’s groups and politicians, is an important step forward in this. Another is the TD Clare Daly’s bill calling for repeal of the eighth amendment, which will be debated in the Dáil on 16/17 December 2014, providing the movement with an important opportunity to put our demands on to the political agenda.

Sinéad Kennedy is a member of Action for Choice and is part of the Coalition to Repeal the Eight Amendment.