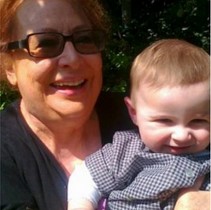 Marie Aideen Pittion, who died in July after a long illness was a health worker and political activist. She inherited a strong political interest from her father, Joseph Francis Kelly, a 1916 veteran.

Pittion’s political awareness grew when, working in Harcourt Street Children’s Hospital, she discovered the dire poverty affecting the families of many patients. She took part in the first Aldermaston march, organised by the Campaign for Nuclear Disarmament, in 1958.

In the early 1970s she joined what was then Sinn Féin the Workers’ Party, Rathdown constituency.

When the party split in 1992, Pittion remained loyal to the Workers’ Party. The split angered and saddened her. Family friend, Tommy Murtagh, said at her funeral service that Aideen Pittion was not one of life’s takers but a giver.

She enjoyed classical music, was a very good pianist and liked to travel in France. She is survived by her husband Jean-Paul, sons François and Étienne, daughter Una, daughters-in- law Laura and Aisling, grandchildren Jean-François, Isabelle and Mathilde.