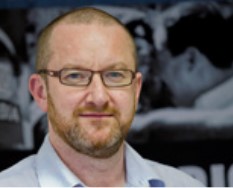 The trade union movement must learn if it is to fulfil its purpose, writes Stephen Nolan.

What is the purpose of trade “career pathing”, and “personal effectiveness”. unions? Are unions a collective aimed at advancing the terms and conditions of members (and only members), or are they a means to challenge capitalism and provide a political vehicle to advance towards socialism?

In Ireland, the answer has always been fairly clear. Our movement has never seen itself as being in a struggle against capital, it rarely uses the language of capital and labour, and when it does, the language is largely symbolic, combined with a less-than-convincing clenched fist and poor rendition of the Internationale.

The reformist approach, understood as varieties of social democracy, is in retreat, if not entirely dead. Over the last forty years we have seen the emergence of a new phase in capitalist development that has seen the dominance of finance capital, the defeat of organised labour, massive privatisation and the end of the welfare compromise.

The impulse to engage in political struggle is weak because we’re not just losing the political battle, we’re losing the battle of ideas.

Whether we know it as neo-liberalism, the great risk shift, or the “end of history”, what we are witnessing is the full spectrum domination of free market ideology and the emergence of a free market society.

The impulse to engage in political struggle is weak because we’re not just losing the political battle, we’re losing the battle of ideas. Our inability to claim ownership of the material means of production is matched by an inability to own the intellectual means of production. The depth of private ownership of media and the subservience of State-owned media to the market underscore the “pole position” of neo-liberal domination; this control shapes our obedience to its rule, uniting persuasion from above with consent from below.

But perhaps what’s most surprising and disappointing is our collusion in this process, as the labour movement itself buys into the logic of the market. It enthusiastically agrees that there are no alternatives, that to suggest otherwise is utopian, uneconomic, impractical, naïve, or worse, socialist. This dictatorship of no alternatives has colonised the political and economic regime, academia, our school curriculum and the labour movement.

It is the language of individualism and predistribution; a philosophical fraud that suggests that the way out of inequality is “responsible” or “inclusive” capitalism, in which a much higher-skilled, higher-wage economy is the solution. This is neo-classical liberalism dressed up as “opportunity”, the fraud of meritocracy all over again. It’s a global race to the bottom… and we’re in thelead.

Education within trade unions should not become a “mirror” of the needs of the market. Workers’ education should be transformative in its approach, it should emphasise the building of class consciousness and mass, not individual, education.

The point is not to stop training members in practical areas such as disciplinary procedure, employment law, negotiation skills, but that politics and ideology should run through education like Brighton Rock; wherever you slice it, it should be there.

Trade unions should be mainstreaming education that deals with broader political education, labour history, international trade unionism and of course, an understanding of political economy which teaches us to name and identify the system, who benefits and how; to understand there is no “value-free”, neutral account of economics; to actively discuss and promote visions of just alternatives; to participate in the construction of democratic organisations capable of challenging, and indeed replacing that system.

If the labour movement is to shift its role from partner to opponent, then education must be part of that process, because it is in opposition, in struggle, that real learning takes place. Industrial action and moments of mass action, just like we witnessed on the Right2Water march, “teach” workers not only about tactics, but also about political and economic power. Workers’ education is at its best when it is built upon the relationship between knowledge gained in experience of struggle, and that brought by worker leaders, academics or radical trade union educators. There is a desperate need for a working-class intellectual revival which generates in workers a hunger for new knowledge, and that requires a radical trade union approach to teaching.

The aim of trade unions should be to equip the working-class with the analytical tools that will help it interpret their world, and in doing so, of course, to change it.