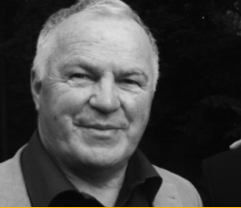 Rev. Chris Hudson looks at the state of progressive politics within the unionist working class.

I remember some time ago a prominent Irish Communist stated to me that the one big mistake the Soviet Union made was ignoring the national or ethnic question. Yet those on the Irish Left persist with making that mistake over and over again by insisting that uniting the working class in Northern Ireland under the banner of Socialism will resolve our ancient differences and bring about a United Ireland.

I believe from my many interactions with people within the broad Loyalist Community that it is a mistake to assume that these are people who have spent their lives being duped by “Big House Unionism”. It is to falsely represent working class Protestants.

Unfortunately, because the British Labour Party refuses to stand candidates in Northern Ireland, (the Party does organise in Northern Ireland), it is impossible for those who see themselves as British working class to exercise a preference as in the rest of the United Kingdom. Perhaps the British Labour Party would fail in Northern Ireland but we are not to know. The only other party that sees itself on the Left within unionism is the Progressive Unionist Party (PUP). Although the PUP has had very little electoral success since 1998, when it won two seats in the Assembly, it does give us some insight into progressive thinking within the Protestant working class. At their Annual Conference last year party leader Billy Hutchinson stated the following:

Hutchinson was clearly trying to position working class unionism in a more multi-cultural setting by referring to “one unionist among 62 million other unionists”, unlike other unionists who persist in seeing themselves referenced as Ulster Unionists.

It is impossible for those who see themselves as British working class to exercise a preference as in the rest of the United Kingdom.

I believe that if we hope to move Northern Ireland away from its destructive past towards a more constructive and better future that we seek to do this together to create a stronger Northern Ireland rather than stand by and see a weaker, more fragmented one emerge. This cannot be done by continuously trying to set political traps for unionists, such as the flag debacle in Belfast. Pretending to be bringing a United Ireland into place by incremental chicanery is nonsense, we all understand that Northern Ireland’s position within the UK is guaranteed by the Belfast Agreement until people decide otherwise by democratic referendum.

It is clear to me from discussions within the Protestant working class that they are willing to engage on social issues but not political change involving any debate about constitutional change. Indeed they intend, if possible, to strengthen the links between Northern Ireland and the rest of the UK, especially amongst working class people.

Those leading the PUP and other progressive voices within working class loyalism argue there cannot be reconciliation without an inclusive process.

Inclusivity ensures that reconciliation is intended collectively and for society as a whole. There can be no attempt to use a reconciliation process to enshrine narratives of the past which seek to win arguments over who inflicted the most and who suffered the most. Those on the Irish Left need to engage with working class Protestants sincerely on social issues that are paramount to working people on both sides of the border. This must be done with the caveat that these people clearly see themselves in a class context but British and that will not change. I leave you with the words of Billy Hutchinson to the PUP Annual Conference:

“I ask that you support the vision that this Party works to give leadership and political representation that working-class unionists are looking for. It is your duty to represent our community in all areas and issues. To ensure that we rid this society of political fear to be clear that no person has anything to fear from political loyalism.”

Rev. Chris Hudson is the Minister of the All Souls Church, Belfast.