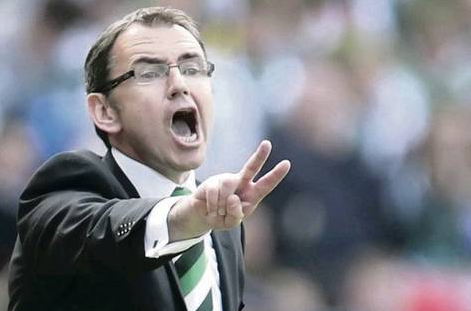 Kevin Brannigan examines the role players from the Republic had in the modern history of one of Loyalism’s footballing bastions.

It’s early November 1993 and the newspapers on both sides of the border are filled with fear. The two Irelands are set to meet in a crucial World Cup qualifier in Belfast with the Republic needing a positive result to qualify for USA ’94.

The fear was warranted. October 1993 had seen the worst month of violence in the ‘troubles’ for 17 years with 27 deaths that included the multiple fatalities in atrocities such as the Greysteel massacre and Shankhill Road bombing.
In the week leading up to the game the Irish Times printed a map of Belfast for the few southerners who would ignore official warnings and make the expedition, the paper helpfully colour coding Belfast’s Catholic and Protestant neighbourhoods.

Nestled deep within Protestant South Belfast was Windsor Park, home of the Northern Ireland international side and Linfield FC, a totem of working class loyalist Belfast.

A late Alan Mcloughlin equaliser would send Jack Charlton and the Republic to their second World Cup campaign while the North’s manager Billy Bingham would step aside.

Charlton would later recoil when asked of his memory of that night in South Belfast, describing the atmosphere as nasty and unhealthy.

More nastiness was to come. Whilst watching the Republic take on Italy at the following summer’s World Cup finals six men were mown down in a bar at Loughlinsisland by Loyalist paramilitaries. Football and death were dancing together down the sectarian drainpipe.

While hate spewed from the terraces and bullets flew in bars, in an ironic twist the Northern Irish league was experiencing an influx of players from the league south of the border. By January, 1993, 20 players from the south were plying their trade in the north.

Crusaders had four, including one Roddy Collins, while Ards under the stewardship of former legendary Linfield manager Roy Coyle also had a strong southern contingent. The most significant signings though were those made at Windsor Park.

Long seen as a bastion of Ulster loyalism, Linfield had signed a Senegalese Catholic, Tony Coley, in 1988. Roy Keane would later feel the wrath of Roy Coyle when he claimed in his auto- biography that the signing had cost Coyle his job; a false and bizarre claim.

It would be Trevor Anderson, Coyle’s successor who would bring a Catholic from closer to home into the Linfield fold. In 1992 Anderson signed Chris Cullen a catholic from Downpatrick. A wall had been smashed. In December of that year with Crusaders and their men of the south top of the table Anderson signed Linfield’s first southerner since 1945 when Dessie Gorman moved across the border from Shelbourne.

His signing at the time was likened to the then recent Mo Johnston move from Glasgow Celtic to Graeme Souness’s Rangers.

For Gorman, who hadn’t been getting much game time with Shelbourne, it was all about football. Quoted at the time, Gorman said; “The religious thing doesn’t interest me in the slightest, my move to Belfast will be to purely score goals.”

By the seasons end Anderson had added two more league of Ireland players to his side in the form of Gary Haylock and Martin Bayly, he also added the league trophy to the Windsor Park cabinet after an absence of four years. The Haylock and Gorman partnership being the decisive factor in Linfield’s league win, edging out Crusaders on goal difference.

With the unwritten rule of not signing players from the south now thoroughly smashed Anderson added Pat Fenlon to his side in January 1994. The £25,000 arrival from Bohemians would prove to be a key player with Linfield going on to secure back to back league titles and claim the Cup for the first time in 12 years, Fenlon scoring one of the two Cup final goals and celebrated according to Anderson by playing Celtic songs on the Linfield open top bus tour of the Shankhill.

While the signings were clearly pushing Linfield back to the top some viewed them as cynical coming as they did after the American, Irish National Caucus (INC) had called for a boycott of Coca- Cola after hearing that the multi-national was a sponsor at Windsor Park.

A loyalist delegation to the INC leader Fr. Sean McManus would later point to the signings of Fenlon, Gorman, Haylock, Bayly and Cullen from Downpatrick when arguing for the boycott to be lifted. While changes were happening the past hadn’t been wiped away overnight. Linfield’s away games to the mainly nationalist Cliftonville would continue to be played at Windsor Park into the late ‘90’s. While when then Derry City manager Felix Healy was asked in 1995 after his side had won the FAI Cup, would he take up the Belfast Newsletter’s offer of a trophy for a one off game against IFA cup winners Linfield, Healy replied “it’s a lovely idea but where would we play – the Falklands?”

Pat Fenlon’s Linfield career ended with a move back down south, this time to Shamrock Rovers, in the process becoming one of the first Irish players to avail of the Bosman ruling. He went on to manage Edinburgh side Hibernian FC from 2011 to 2013.

Dessie Gorman’s time at Windsor Park lasted a little longer than Fenlon’s coming to an end in 1997 having firmly established himself as an all time fan favourite.

Gorman would continue to play for club’s north and south of the border for a further decade though his involvement with both Dundalk and Linfield remains to this day with both club’s youth sides playing in the ‘Dessie Gorman Cup’ since 2011. An initiative set up to bring youths from Dundalk and South Belfast together through football.

The 2012-13 Irish League season saw Loyalist flag protesters succeed in getting a top of the table Belfast derby between Crusaders and Cliftonville abandoned. Though the press statements from both sides and the sight of Crusaders fans “guarding” their Cliftonville counterparts into their ground proved stronger than the image of protestors waving union flags.

Today a player’s religion plays no part in their transfer move, though the continued decline of the game in the north means that Linfield would be hard pressed to tempt a player of Pat Fenlon’s ability across the border – no matter what foot he kicked with.