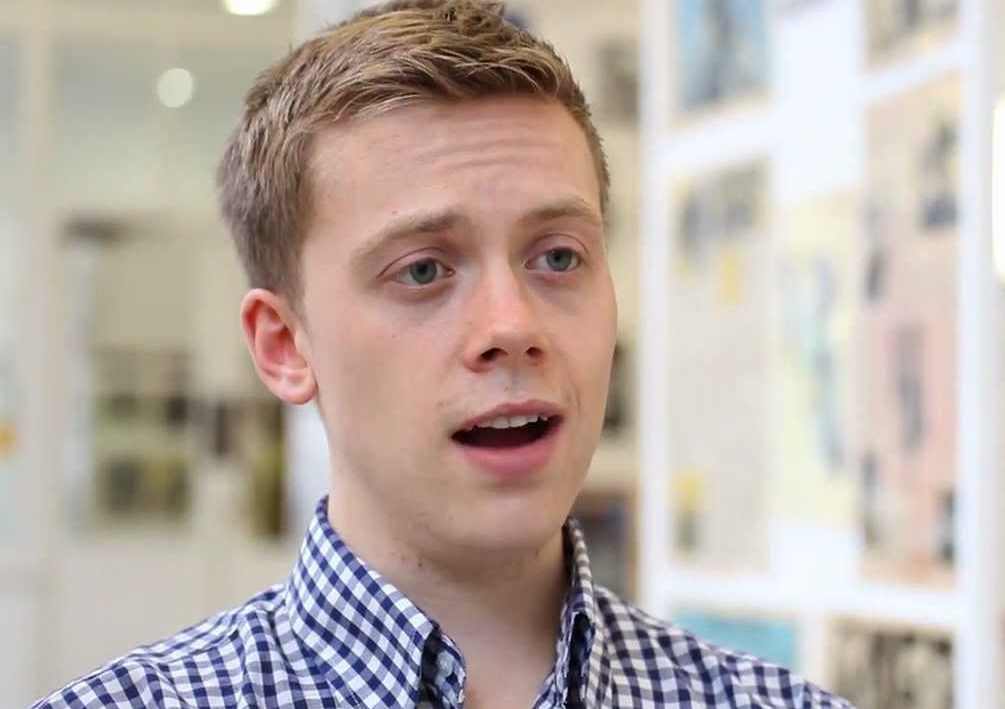 LookLeft’s Kevin Squires talks to Owen Jones, columnist and author of Chavs: The Demonisation of the Working Class

In his mid-20s Shelfield native Owen Jones is already a best-­selling political author, columnist for The Independent and regular talking head on British TV. Remarkably, he is all of these things whilst being an outspoken socialist who is intent on popularising “left-­wing ideas for a mass audience”.

In some ways, Jones is carrying on a family tradition;; he can trace his family’s radical roots back to a “gunrunner for Garibaldi”, through to a “Russian Revolution-­inspired” train driver who took part in the 1926 British General Strike, a grandfather who joined the Communist Party in the 1930s, and a great-­uncle in the Independent Labour Party. He himself was literally a child of the Militant Tendency in the Labour Party, where his parents met in the 1960s. His mother was once editor of the newspaper of the Militant-­dominated Labour Party Young Socialists, while his father became a Militant organiser in South Yorkshire and was present at the 1984 ‘Battle of Orgreave’ during the Miners’ Strike where “he watched police charging and batoning miners”. Jones was born just two months later.

This image of state forces hammering the organised working class could be seen as a microcosm of that dark decade, and a metaphor for his parents’ political lives. They were left “smashed and defeated by what happened to the left and labour movement in the 1980s”, they saw “defeat after defeat, and decline, and they dropped out of politics. An ideological civil war raged in Britain in the 80s. They were on the losing side of a humiliating, bitter defeat”. Surrounded by left-­wing literature as a youth, but never indoctrinated, Jones’ parental rebellion came not against their politics, but “against their sense of defeat” and he resolved to “do whatever I could to help rebuild, in a limited and modest way, the British left as a coherent force”.

For several years, Jones worked as a researcher for trade unions including the RMT, FBU and NUJ, and also in the office of Labour MP John McDonnell, “the closest to what the Labour Left, such as it exists in a coherent way, has to a leader”, who made two unsuccessful bids for the party leadership. Eventually, Jones decided to “write a book which put class politics on the agenda in some way and that’s how I wrote Chavs”. As it turned out, the book was “much more of a success than people expected. I think had it come out even three years earlier, it would’ve had much less impact. Class is now back on the agenda because of the Tories, austerity, the economic crisis, etc. The ‘we’re all middle class now’ idea that was popular with journalists and politicians during the boom became farcical”.

The book, Chavs: The Demonization of the Working Class (Verso, 2011), is an exploration of both the realities of modern British working class life, and how class is portrayed in an almost universally negative light by politicians, mainstream media and the entertainment industry. Jones says that he wanted to take the left’s “received wisdom, but try and package that in a way which would reach people outside of the confines of the left”. It became a bestseller, was “most read politics book of 2011”, and ultimately landed Jones a contract with The Independent newspaper, granting him a wider platform to discuss class issues and left-­wing ideas. Chavs outlines the Tory “class war” of the 1980s “in which the organised working class were smashed with catastrophic human consequences for many of the people involved and the communities which never recovered. There was a huge shift in wealth and power away from labour and in favour of capital”. Jones points out that the unions were defeated in a full scale assault on a number of fronts, “anti-­union laws”, “crushing defeats,” especially of the miners “who were always seen as the advanced guard of the British working class”, “deindustrialisation, smashing indigenous industries in which unions were very strong, in favour of the hire-and-fire service sector”, and the “slashing of the taxes on the rich with increasing direct taxes on everybody else through VAT”. He also says that mass unemployment played an important role, and believes that “there’s a sense some people have that unemployment makes people more radical – it doesn’t. It tends to terrify people; if you’ve got three million unemployed, you’ve got at least another three million terrified of losing their jobs. The British labour movement was strongest when it had full employment because their bargaining power was strong, but now it’s drastically weakened because we’ve got constant structural unemployment”.

Jones believes that there was a conscious attempt to eliminate the working class from the political equation. “The Conservative Party statement of aims in 1976 said that the problem isn’t the existence of class, it’s the existence of class feeling. They wanted to erase the notion of class, the idea of class solidarity and they tried to break it up systematically” by “smashing organised labour and the idea of collective identity”. Selling off social housing was also “seen as a way of so-­called ‘embourgeoisement’, to make people feel they were part of a property owning democracy, they weren’t part of a collective;; they were individuals who should pull themselves up by their boot straps to get ahead, not by uniting with people with the same interests as them”.

“My book was, if anything, about the consequences of losing that battle”. Indeed, those consequences have been dire, with high levels of poverty, crime, anti-­social behaviour, mental illness, unemployment and drug problems in many working class communities, especially those most decimated by the Tories. Jones recognises this, but instead of a ‘breakdown in morality’ as the dominant discourse would have it, blames deindustrialisation, which “obliterated” and “atomised” such areas, leaving “a vacuum, lots of people with nothing to do, a lack of secure work…nothing to aspire to”. He also points to studies showing that “the more unequal a society, the more you tend to have higher crime levels”.

The media and politicians use such problems to push their own right-­wing agenda, by “airbrushing out of existence working class Britain, in favour of the idea of middle class people which everyone should aspire to be. You only have the feckless, problematic, rump of the old working class. That’s the dichotomy we’re presented with, an the most of kind extreme caricatures are passed off as representative. There are horror stories of scroungers living i mansions made out of widescreen TVs, watching Jeremy Kyle on repeat all day with fifty kids running around dribbling”. He uses the example of the Little Britain character Vicky Pollard, saying a poll was conducted amongst British media workers and “over 70% thought she was an accurate representation of what they call the ‘white working class’. Pollard is a teenage single mum, living on an estate, who’s so thick she swapped one of her kids for a Westlife CD. It’s mad obviously, but that’s how class is represented in popular culture”.

Facing this, hope is important: “Tony Benn said that you get social change with the flame of anger and the flame of hope. It’s not enough for people to be angry about things because if you don’t have hope and an alternative, you just get very resigned and frustrated people. I’m working with a think-­tank at the moment called CLASS, set up by major trade unions bringing together economists, academics and others to put together a coherent alternative, which the left hasn’t had in a long time”. He also sees promise in renewed efforts to unionise the service sector, and in Britain’s largest union Unite now allowing community membership.

Asked about his much discussed recent column which called for a new left movement, “not a party”, to unite people fighting the austerity agenda he says that such a force would intersect with the Labour left, Venn diagram-­like, because “as long as there’s a trade union link there’s a labour party, essentially, and potential for it to represent working class interests”. In any case, “an initiative is going ahead in June called the People’s Assembly, and building up to it there’ll be People’s Assemblies across the country. It’s backed by Unite, Unison, the PCS, the RMT and others. That’s really positive, and it will bring together a very broad coalition a bit like Stop the War, but for the economic crisis. If we have a broad coalition, instead of getting bogged down with the sectarian disputes of party building, we can bring together people who can do what they want elsewhere, but at the same time unite on key issues like workers’ rights, housing, anti-­cuts or saving the NHS. These are issues we can unite on and push to the top of the agenda without another failed party experiment”.

So, what would a better society look like for Owen Jones? “If you’re a socialist you’ve got to be optimistic haven’t you? I’m for a democratic socialist society, run by and in the interests of working people, extending democracy to every area of life, not just politics but the workplace, the economy, etc. Instead of a society run in the interests of the private profits for a tiny minority of people, a society run on the basis of social need. I think that’s the only hope for humanity, the only way of eliminating the terrible social blights that afflict us, because I think capitalism is incapable of meeting people’s needs. It’s irrational, short-­term in its objectives and doesn’t plan for the future. One day we’ll get there, although we’re taking a bit of a scenic route admittedly, but … socialism or barbarism as far I’m concerned!”

Published in LookLeft Vol.2 No.14