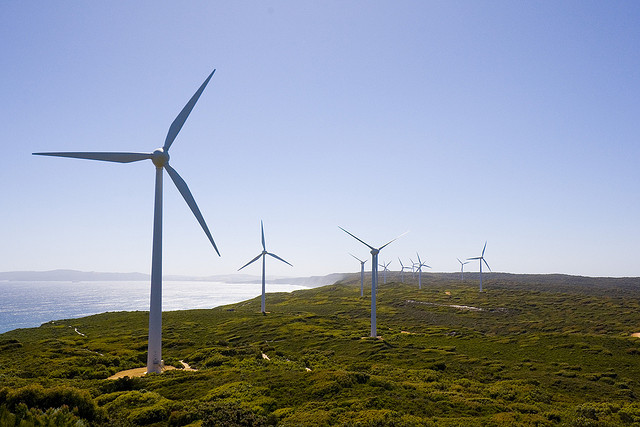 Developing renewable energy rather than nuclear is the sensible option, writes John Barry.

Opposition to nuclear power because of the risks it poses to human life and our natural environment is one of the reasons why the Green Party and the global green movement came into existence. How is nuclear power going to solve the twin global challenges of climate change and energy insecurity? The answer is it will not. Instead, it will create another one – a uranium resource crisis, followed by a nuclear proliferation crisis, with fears about radioactive contamination and nuclear safety along the way. Currently, nuclear power generates around 13% of the world’s electricity in 434 nuclear reactors located in 30 countries. This is a considerably less than could be saved by energy-conservation measures in homes, communities and businesses.

An important political question is: why is the energy debate framed in terms of energy production (nuclear versus wind, fracked gas versus wind) and not in terms of energy consumption or efficiency? From an ideological point of view, whose interests are best serviced by framing our energy choices in terms of production rather than in terms of fuel poverty and the fair and equitable distribution of energy? Which option – increasing energy production through nuclear power or looking seriously at saving energy and distributing it more equally – holds out the most progressive political potential? Nuclear power – including the associated costs for the necessary safety measures and dealing with the radioactive wastes 34 – is simply too expensive to be seriously considered.

There is no example of a non- subsidised nuclear industry anywhere in the world. Developing nuclear energy requires massive public subsidy, such as the underhanded ones being proposed to support the Hinkley Point in the UK. Supporting and investing resources in nuclear energy diverts renewable energy of the support and resources it needs in the immediate future if we’re to make short-term as well as longer-term CO2 reductions. Supporting nuclear power would also be to support the pro-nuclear and pro-fracking Tory Party’s agenda in the UK. What we should be doing is investing in renewable energy and energy conservation. Renewable energy, unlike nuclear power, can be democratised – scaled down to the community level (community- owned wind and biomass energy plants for example) or scaled up as democratically decided. Nuclear power by its very nature is centralised, non-transparent, secretive and therefore not amenable to democratic or community control and scrutiny. In the context of a recession, we should be looking to increase well-paid jobs.

Because it is so capital intensive, nuclear power would create very few new jobs in the next decade. Building proposed new nuclear power stations would create temporary jobs in the construction industry, but then so would renewable energy infrastructure. Nuclear power stations ultimately sustain only a fraction of the number of jobs per unit of electricity, in comparison to renewable energy. As a 2012 report by the International Labour Organisation put it: the current ’triple crunch’ of the financial/economic, energy and climate crisis framed within the context of on-going austerity is the reality of where we must start from. This report stated “Job growth has, for instance, been particularly strong in the renewable energy sector, increasing globally at a pace of 21% per annum. As a result, renewables now employ close to five million workers – more than double the number employed only a few years ago”. This vastly outstrips the jobs in the global nuclear industry. Combining all the factors involved in nuclear power production ranging from costs through to impact on the common good, why would anyone support nuclear when better and cheaper alternatives are available?

As proposed by Green Parties across Europe and supported by many trades unions, what we need is a ‘Green New Deal’ as the main strategy to set sustainable development path to recover from the economic crisis. This can be achieved by investing in green, clean and sustainable energy, creating decent work opportunities for all, reducing carbon emissions and thus helping stave off runaway climate change, as well as increasing energy security. So if we want to create jobs, reduce fuel poverty, increase energy security, reduce carbon emissions and tackle climate change, renewable energy and energy efficiency programmes, not nuclear, is the way to go.