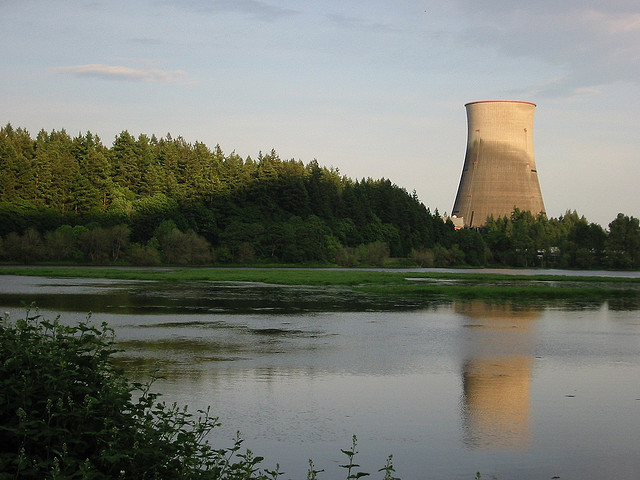 Nuclear energy is safer and less environmentally harmful than most of its alternatives, writes Gavin Mendel-Gleason.

When the Fukushima nuclear disaster occurred in Japan in 2011, several governments which rely heavily on nuclear power, made commitments to cut down or eliminate nuclear power from their energy portfolio.  And yet, Fukushima, while a large scale disaster, has not led to any deaths.  By contrast five people were killed immediately following the tsunami in an explosion at an oil refinery.

While the slogan “one death is too many” is doubtless true in the abstract, it is important to realise that every energy path we choose will lead to different numbers of deaths, and never none.  Power use allows us to heat our homes, grow inexpensive food, and avail of high-tech hospital care, all of which save lives.   There are ways to reduce energy use while also improving living standards (e.g. improved insulation and district heating), but it is not always so easy to find more efficient alternatives.  Further, we will need to replace petrol with electricity in order to move towards being 100% carbon free. This will require increasing rather than reducing electricity production.

Since we have to choose from among power sources, which should we choose?  A relatively good measure of the safety of a power generation technology is the number of deaths per terawatt hour resulting in their chain of production (i.e. mining, refining etc.)  According to the EU ExternE project:

These numbers do not even take into account the serious threat of global warming.  Clearly we will want to choose hydro, wind, solar or nuclear.   Since solar is not really on the agenda for Ireland given the very low levels of sunlight, wind is often promoted as the ideal alternative power for Ireland.  However, wind is intermittent.  It fluctuates wildly between 100% and 0% of its capacity, depending on the weather.  Moving to full wind power generation would require more than 34 times as many turbines as we currently use.  Further, we will have to be able to store immense quantities of energy in order to smooth out the spikes and lulls in wind.   The best available electricity storage technology is pumped water storage.  In order to make use of this we would need a gargantuan pumped water system.

To give an idea of the scale, Ireland’s only pumped water storage facility would need 65 similar plants to supply capacity when the wind was not blowing. Yet Turlough Hill can only supply for six hours, meaning this number would have to be raised to something like 200 similar plants.  In the end there would still be a need for gas, coal or nuclear capacity somewhere (perhaps the UK) to make up for shortfalls during several day periods without wind, which are known to happen.  By contrast, Ireland’s power needs would be met with just a handful of nuclear reactors. The vast amount of space required for wind and pumped water storage would have a much greater environmental impact.   Ireland also has its own uranium, which would provide us with energy security not possible from petrol or coal.  Even if we had to source external uranium, only a tiny stock-pile would be required as uranium energy densities are fantastically large.  This would give Ireland significantly more leverage against threats from international capital to disrupt trade.

The only worry left is waste. The most common form of reactors use only a small amount of the available energy in nuclear fuel. The large remainder has to either be reprocessed to be burned again, or we must store it and finally dispose of it.  However, this waste is a problem only because it is not burned to completion.  Experimentally tested reactors are capable of burning the vast majority of the remainder, which would yield wastes that would be tiny in volume and would return to the radiation levels of the ores from which they came in 300 years.  Our waste will be future fuel. A state-supported nuclear power programme which is run on a not for profit basis would yield the best possibilities for a safe, environmentally friendly, carbon free Ireland, looking towards the future.