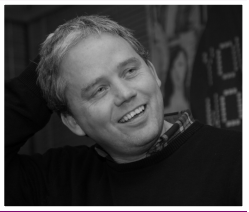 Know your enemy and your aims, demands Conor McCabe

The Irish State is dominated by, and shaped towards, the interests of a local managerial and middleman class. This class acts as an intermediary between foreign capital and the resources of the State.

This is not a new class within Irish society, nor is this a new relationship. It is one that routes itself through the very structures of the state, and has done so since that state’s formation in 1922. In the past the middlemen were strongest in the cattle industry and banking, in construction, real estate and the sale of natural resources.

Today there is an added element. It is the highly lucrative trade in the ability of a nation-state to set tax laws and to have those laws recognised internationally – in other words, the business of Ireland’s managerial class today is the facilitation of tax avoidance on a global scale. Today, the Irish world of finance, stockbroking, accountancy and law, trades on that ability, and it has made elements of that class very rich indeed.

The decision by the Irish Government in 2008 to guarantee the deposits and liabilities of the Irish banking system was a bailout of well-connected bankers, speculators and builders, and their standing army of lawyers, accountants and administrators. The nature of the crisis was such that some members of that class have had to lose out – collateral damage if you will – but the core remains and the system has been secured, albeit tentatively. This was done via an unprecedented transfer of collective wealth from the citizenry to the banking system – a transfer only possible at state level. In terms of Irish mainstream analysis of these events the best we can get is: how does this play out in moral terms?

It seems bizarre to have to point this out but the crisis was not a theological one; it was of an economic social system and the position that Ireland’s middleman class have carved out for themselves within that system. There are no moral bankers within capitalism, only those who return a profit and those who do not. The profit-seeking strategies of finance are the ones that broke in 2008 – in other words, finance failed on its own terms, and by its own hand. This is the world it wanted to make. It surrounded itself with an opulence that was underpinned by nothing more than promises and paper. But what it gained from that, it has sought to protect. And it has done this by swapping financial paper claims for the citizen-wealth of a nation – a process facilitated by its symbiotic relationship with the political system and state bureaucracy.

There is a class dynamic at play, one that is hotwired into the very nature of the State itself. To speak of morality is to miss the whole point, and maybe that is intention. When we strip away the hand- wringing we see that this has been about the survival of the Irish class system, of the dynamics that allow that system to reproduce itself. Back in May 2008 the chief executive of Anglo, David Drumm, said that the slowing of the property market would allow young lenders in Anglo the opportunity to see ‘the other side of the show.’ How right he was.

The best trick the devil ever played, wrote Baudelaire, was to convince the world that he did not exist. The merging of the interests of Ireland’s comprador class with that of the State – not only structurally but with the flag, the culture, the ‘green jersey’ so often referenced by politicians and business leaders – has had the same effect. When an Irish millionaire declares on TV and radio that austerity is in the national interest, he is in fact telling the Irish people that the class he comes from – the class he protects – does not exist. Unfortunately, it does. And it is the Irish people that carry the burden of its presence.

Even today, after all that has happened, there are alternatives. They are present in the work produced by the likes of the Nevin Economic Research Institute; TASC; Trademark Belfast; the New Economics Foundation; ATTAC; Dexter Whitfield; Yanis Varoufakis; and the Rosa Luxemburg Foundation, to name just a few. There are many others across Europe engaged in struggles against the dominance of the financial rentiers in political, social and economic life. It is incumbent upon us to do what we can to join them.