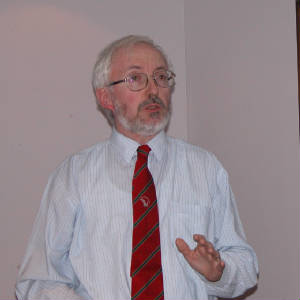 Padraig Mannion on the threat to Irish neutrality from involvement with history’s most powerful military alliance.

When the Cold War ended, with the collapse of the Soviet Union and the dissolution of the Warsaw Pact, most rational people assumed that this would logically lead to the wind-down, and eventual dissolution, of the North Atlantic Treaty Organisation; a military alliance that had ostensibly been created to combat the spread of communism.

The reality is that NATO has not disbanded. Indeed it has expanded both in size, objectives, and range of activities. It is dominated by the USA, the world’s dominant economic and military power. NATO’s ongoing military role in Afghanistan, Iraq, Kosovo and Libya clearly underscore its role as the international military enforcer for Western imperialism.

NATO has 28 member countries, with combined military spending of US $1.04 trillion; each member country spending on average 3.0% of GDP (or US $987 per capita) on their armies. In terms of manpower NATO now has a deployable military of 3,515,000 troops.

The Republic is now under sustained, three-pronged pressure to join NATO. There has always been a sizeable faction within Fine Gael who favoured NATO membership, with a number of very vocal supporters in the media and academia. The recent Defence Policy Green Paper published by the Minister for Defence, Alan Shatter, is clearly attempting to push the Republic further down the NATO road.

The second focus of pressure is from within the military establishment. Many of the officer corps of both the Republic’s army and navy have built up close connections with their counterparts within the NATO forces. They want to play with the big boys and have big guns and actually kill people with whom we have no dispute. However, most serving soldiers are proud of Ireland’s record of international peace-keeping in UN led missions.

The third focus of pressure is from the highest levels of NATO itself, from within the EU, and from the USA. Next year, 2014, marks the 65th anniversary of the foundation of NATO. The NATO summit will be held in London. The international political elite is anxious to incorporate all of Western Europe within NATO. They want to sort out the unfinished business of traditionally neutral countries like Ireland, Sweden and Finland being outside the NATO fold. Therefore very strong political, diplomatic and indeed economic pressure through companies tied in to the US military industrial complex, is being applied to the European non-NATO countries.

Neutrality has long been a central core in Irish political life. In parallel to the concepts of republicanism, Theobald Wolfe Tone was the first to give public expression to the concept of Irish neutrality in his 1790 pamphlet “The Spanish War”.

There have been two major ruptures in Irish neutrality over the last 15 years. The increased militarisation of the EU, especially arising from the Nice and Lisbon Treaties is a creeping but ongoing process. The Republic was led into the NATO front organisation, the misnamed Partnership for Peace (PfP), by Taoiseach Bertie Ahern without a promised referendum. While the PfP is now defunct the Republic is now an active participant in the EU battlegroups, which are overtly part of the NATO international military force.

The transformation of the Shannon airport, since the illegal invasion of Afghanistan in 2001, into a virtual overseas US air force base marks the other serious rupture. Over that 12 year period thousands of US military planes have transported over one million US troops, with untold numbers of weapons and other munitions to and from Afghanistan, Iraq and the Gulf States. Shannon has also been used by the CIA as a hub for Extraordinary Rendition. As was clearly shown by the report of the European Council the CIA used Shannon Airport in the illegal delivery to torture centres of unknown numbers of people. Yet despite the illegality highlighted by the European Council, and other illegal activity highlighted and documented by Shannon Watch and PANA, the Gardai have refused to search even one US plane. This makes Ireland complicit in US war crimes.

Across the globe thousands of local, national and regional groups are opposing the expansion of NATO and the growing militarisation of society and the economy. The World Peace Council has nominated April 4th, the date on which NATO was founded, as international “No to NATO” day. Next year peace groups and political groups will be organising in Ireland to ensure that the message No to NATO is made loud and clear on that date.

Ever Wondered How Late-Stage Capitalism Will End? Rover Dies.

The Government loves giving away money (just not to you)

Does our socialism still need republicanism?