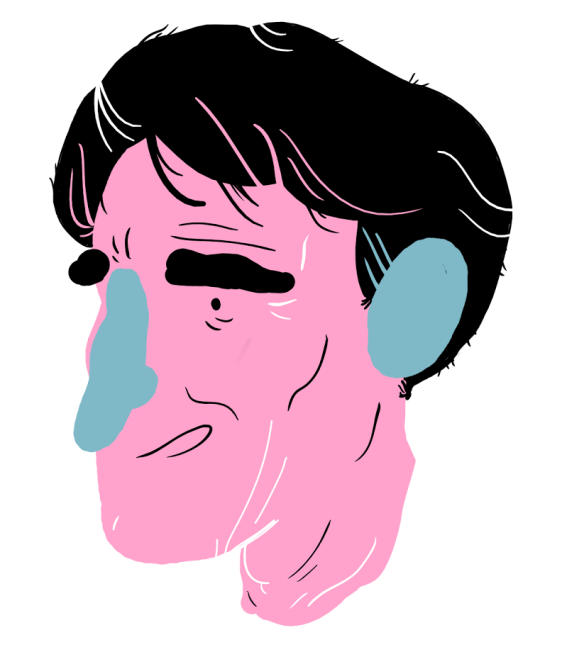 A product of working class Dublin, through his writing and songs Dominic Behan has left a lasting impression, writes Donal Fallon.

On Kildare Road in Kimmage, a small plaque above the door of number 70 indicates to passers-by that it is a building of historical importance. The plaque shows the face of Brendan Behan, alongside the years of his birth and passing. Brendan was a giant of Irish literature but another resident of the small terrace house deserves no less recognition for his impact on the modern Irish consciousness. Brendan’s younger brother, Dominic, was another who was moulded by the twin passions of the Behan household –
the arts and politics.

A committed socialist and republican, Dominic would publish his first poems and prose in the pages of the magazine of Fianna Éireann, and in time would become a writer celebrated by voices as diverse as Beatle John Lennon and writer James Plunkett.

Although the family moved to the newly build Kimmage, on Dublin’s Southside, during the 1930s the Behan boys were formed by their childhood experiences in Russell Street in the north inner-city. Their father, Stephen, served in the Dublin Brigade of the IRA during the War of Independence, sticking to his republican principles he fought with the anti-treaty side in the following Civil War. At the time that Brendan Behan was born in 1923, Stephen was imprisoned in Kilmainham Gaol. Dominic was born in October 1928 during a period he would later recall as one when the “National movement (was) in the hands of priests and politicians who had never fired a shot in anger, except during the grouse season, a new nation was planned, for the benefit of Irish-Irelander business-men and shopkeepers.”

While Stephen’s experiences helped shape the children’s politics, their mother Kathleen had an equally defining influence. She would take the children on walks through the city showing them not only the places where the city’s revolutionaries were born or died, but also the former homes of great literary figures such as George Bernard Shaw, Jonathan Swift and Oscar Wilde. In the evening Stephen would play the violin, and Kathleen would sing songs from her vast repertoire.

Dominic remembered Russell Street fondly, and recalled “the native industries of Russell Street were drink and cleanliness, represented respectively by the Mountjoy Brewery and the Phoenix Laundry.” With a green grocers, bookmakers and pub, Dominic joked in his memoirs Teems of Times and Happy Returns that there existed no reason for anyone to leave the confines of the street, unless off to work.

The 1930s saw many inner-city Dublin families like the Behan’s move to the new emerging suburbs, and thus Kildare Road became home to the family in To the boys, suburbia was jokingly known as ‘Siberia’, with their new home as far removed from the life and character of Russell Street as was possible. Dominic would recall his brother Brendan joking that: “They could’ve built flats in the centre of the town for us and kept reservations like this for them that come in from the country. Home from home it would have been. But us! And the only grass we ever saw we were asked to keep off it.”

Stephen Behan was considered among the best sign painters in Dublin and his sons worked alongside him on several sites in the 1940s following Brendan’s release from prison in England, convicted of involvement in an aborted IRA bombing mission. One foreman complained to Stephen about the two brothers, stating that they were “the greatest bastards I’ve ever come across. One wants the men to strike for an incentive bonus so that the other one can bring them down to the pub to drink it.”

Dominic’s politics were motivated first and foremost by a class consciousness. His strident socialism provoked the anger of the Free State establishment of rightwing politicians and priests. Involved in organising protests against unemployment Dominic was jailed for his activism. In 1954, both Dominic and Brendan signed the nomination papers for communist election candidate Michael O’Riordain who was contesting a seat in Dublin South (West). During this period Dominic married Josephine Quinn. She hailed from a family with a history of activism with the Communist Party in Glasgow. The couple emigrated to Britain where Dominic was active in the folk music revival working alongside leading figures such as Ewan McCall. Dominic was also a friend of the Scottish poet, communist and nationalist Hugh MacDiarmid – the two men sharing an interest in the works of James Joyce.

Dominic’s debut play, Posterity be Damned, was first performed in the Dublin’s Gaiety Theatre in September 1959. Set between a council house and the cellar of a pub, Dominic remarked to journalists at the time that the play attempted to deal “with the recurrent appeal of an illegal army to successive generations of young Irishmen.” Dominic himself played the part of the ballad singer who links Posterity Be Damned together on stage, the play received fantastic reviews. When asked by a reporter when he himself would produce a play, owing to the successes of his sons, Stephen Behan responded by asking “why should I produce plays when I produce playwrights?” Dominic noted as he spoke before the crowd after the play’s first performance that it was first time speaking in public in Dublin since taking the platform at a demonstration of the unemployed.

Behan’s questioning of nationalism also inspired perhaps his best known work, the song the Patriot Game, which dealt with the death of 18 year old IRA volunteer Fergal O’Hanlon during an ill-fated IRA raid on a border RUC station in 1957. In the song Dominic riles against the Free State politicians who he believed had sold out on republican principles.

In addition to the success of Behan’s work on stage and in song, he was also a successful writer. Teems and Times and Happy Returns, Behan’s autobiographical novel, was first published in England in 1961. Its first edition was banned in Ireland, and the first Irish edition did not follow until 1979, from Repsol Press. Dominic dedicated that edition to the recently deceased socialist-republican leaders Malachy McGurran and Billy McMillen. Dominic also produced programmes for television in Ireland and Britain, A
Better Class of Folk, produced for Scottish Television, being his most popular. Even though he was working at the BBC during the 60s and 70s Dominic remained a committed socialist-republican assisting the Republican Movement and later the Workers’ Party.

But it was in his artistic endeavors that he made the greatest contribution to the ideals of working class unity, this theme evident in his songs such as ‘McAlpine’s Fusiliers’ and ‘Connolly Was There’. The later song is a more fitting tribute to the Edinburgh socialist, James Connolly, than some which have surpassed it in popularity but lack its class consciousness. Dominic wrote that:

”When the bosses tried to sweat the lads,away on Glasgow’s Clyde,
A voice like rolling thunder, soon shook them in their stride,
In Liverpool and Belfast, the workers lived in Hell,
Until at last, they organised and any man can tell,
Connolly was there, Connolly was there,
Great, brave, undaunted James Connolly was there.”

His songs also made an impact on pop music. In a 1971 interview with the radical magazine Red Mole John Lennon referred to liking Dominic’s songs. Yoko Ono later recalled that Lennon would sing Dominic’s song “Liverpool Lou” to their son as a lullaby. Dominic’s impact on Bob Dylan was even greater but less harmonious. Dylan borrowing the the melody of the Patriot Game, and some of its sentiments, for his own anti-war reflection With God On Our Side. The American folk singer would later acknowledge that he had been influenced by hearing the Patriot Game sung in New York by the folk group the Clancy Brothers, however Dominic was unimpressed by the Dylan’s failure to fully credit him as he was by the Clancy Brothers removal of the song’s political sentiment.

Through his involvement in Republican politics Dominic became a close friend of socialist-republican leader Sean Garland at whose 1975 wedding he officiated at best man. Garland recalls Dominic as “a man who didn’t suffer fools and could be abrasive, but just as easily he could turn the charm on and have a room of people eating out his hand.” Dominic continued writing until his early death from cancer at the age of 60 in 1989 in Glasgow. He had completed the novel The Public World of Parable Jones only two years previously.

Cremated his ashes were brought back to Dublin’s north inner-city and scattered on the waters of the Royal Canal, near his beloved Russell Street by May MacGiolla. Sean Garland officiated at the ceremony, delivering an oration in Dominic’s honour in which he remarked that his life had been “was dominated by his belief in class politics and the right of the working class to be masters of their own destiny.” Fittingly the ‘The Red Flag’ and the ‘Internationale’ were played.

Dominic was remembered in the pages of The Irish Times as “a funny man, garrulous, brilliant, infuriating, angry, lovable but never boring” by P.McG, who recalled once finding a crumpled note from Dominic on which he had written “I, Dominic Behan, do hereby declare that I am a true Republican in the tradition of Wolfe Tone and any man who says otherwise slanders me.”