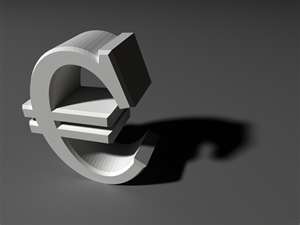 What European Commission President Barroso has described as a “silent revolution” is underway in the European Union. A further diminution of democracy is being pushed through in order to facilitate the imposition of a permanent economic shock doctrine. Cutbacks, privatisation and downward pressure on wages will be institutionalised through the development of what is called “economic governance”.
Neo-liberal governments across Europe and a neo-liberal European Commission are nothing new. However, the proposals for economic governance are an attempt to make these policies permanent, regardless of movements of mass opposition. There are three significant elements to these proposals. The first is the “surveillance” of national budgets by the European Commission and Council. Budgets will be presented to the Commission and Council for discussion and approval before any debate in national parliaments.
The purpose of these discussions is clear – to put pressure on governments to ensure that budgets are sufficiently savage for working people and generous for big business – all in the name of maintaining and developing “competitiveness”.
The second element is a significant strengthening of the “Growth and Stability Pact” – the pact which limits countries’ public debt to 60% of GDP and their annual deficits to 3% of GDP. New mechanisms are to be introduced to ensure that countries stick to these targets by cutting public spending. Offending states will have to pay 0.2% of their GDP into a non-interest bearing account and if they do not follow the prescriptions of the Commission, they will lose this money as a fine, a procedure that can be repeated up to a fine of 0.5% of GDP (around €700 million for Ireland).
The final element is the most sinister and ill-defined – a procedure to prevent “macroeconomic imbalances”. A series of yet unknown parameters will be created by the Commission and a scoreboard of austerity will be used to measure a country’s progress. The result is that countries could meet the Growth and Stability criteria but still suffer massive fines as a sanction for not sufficiently deregulating their labour market for example These proposals form part of a response of the European capitalist classes to the economic crisis. They are an attempt to resist the inevitable break-up of the eurozone by moving towards a common fiscal policy across the EU. By imposing fines and exercising “surveillance” they aim to ensure that governments do not flinch in imposing unpopular measures in the face of major movements against cutbacks.
This is also a case of right-wing politicians in Europe seizing an opportunity to deliver to big business the policies that they have long demanded. The European Round Table of Industrialists (the most prominent European big business group), in 2002 demanded that “at the drafting stage, the implications of national budgets and of major national fiscal policy measures [should be] reviewed at the level of the Union” – exactly what is now being proposed!
The Left must be to the fore in organising resistance and opposition to workers being forced to pay for the economic crisis in Ireland. Within that movement, we should highlight the fact that workers, young people and the unemployed in Portugal, Greece and across Europe are facing similar attacks. A Europe-wide struggle including co-ordinated industrial action is needed to resist the Europe-wide austerity.