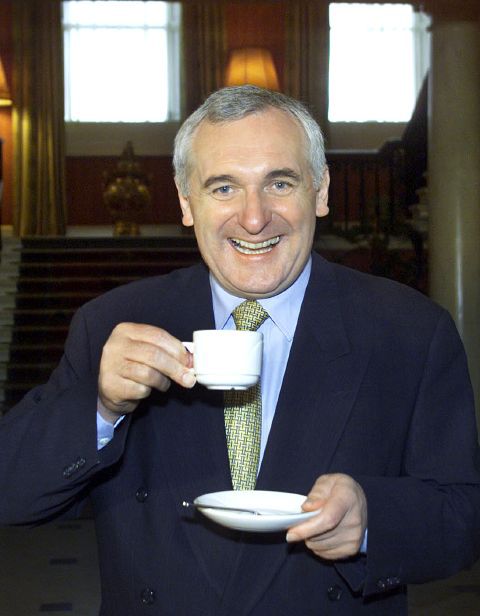 Historian Brian Hanley outlines how southern Ireland’s most successful political force has curtailed the development of functioning democratic politics but he sounds a word of caution to those who maybe premature in celebrating the party’s demise.

It is vital that the Free State be shaken at the next general election, for if an opportunity is given to it to consolidate itself further as an institution-if the present Free State members are replaced by Farmers and Labourers and other class interests, the national interest as a whole will be submerged in the clashing of rival economic groups. It seems to be a case of now or never-at least in our time. Eamon de Valera to Joseph Mc-Garrity, 1926.

Fianna Fáil was founded in May 1926 by members and ex-members of the defeated Anti-Treaty republican movement. By 1932 it was in power and has been the dominant political force in southern Ireland since then.

For most of its existence, Fianna Fáil has been adept at winning support from across class boundaries: gaining votes from building workers and money from property developers; maintaining strong relationships with unions and employers; and presenting itself as a national movement, the ‘Republican Party’ somehow above class divisions. The above quote from de Valera illustrates how aware key figures in early Fianna Fáil were that independent class politics could hinder their political project.

But they were also aware of the potential support that appealing to those seeking social and economic change might bring. De Valera quoted James Connolly extensively at Fianna Fáil’s inaugural rally and his party spoke of making ‘the resources and wealth of Ireland… subservient to the needs and welfare of the people.’ There were promises to break up large grazing ranges and distribute land to the small farmers and labourers, institute a minimum wage and regulate conditions of employment.

While the radicalism of early Fianna Fáil can be overstated (and it certainly was not the ‘Bolshevism’ of which it was accused) the party was far to the left of the prevailing Free State orthodoxy. Once in power Fianna Fáil consolidated support among urban and rural workers, carrying through a house building programme (132,000 new houses between 1932-1942), improving social welfare and setting up state and semi-state companies that helped the numbers in industrial employment rise from 161,000 in 1931 to 217,000 in 1938.

Co-operation was sought from the unions through Joint Industrial Councils. But despite its occasional claims, Fianna Fáil was not attempting to be some sort of ‘labour’ party. It was aiming to achieve the old Sinn Féin goal of economic self-sufficiency by ending dependence on Britain and developing a native Irish capitalism. This meant clashing to some extent with large farming and banking interests, tied economically and sometimes ideologically, to Britain. But in doing this Fianna Fáil eschewed the language of class conflict as ‘foreign’ and embraced a ‘republican’ rhetoric that promoted the ideals of the nation above all else.

The party stood for the ‘common man’ but that man could be a merchant or builder, as well as a labourer or small farmer. By the 1930s increasing numbers of Irish businessmen were turning to Fianna Fáil. While the early Fianna Fáil had faced suspicion from the Catholic Church by the late 1930s not only had peace been made there, but for many in the party the Irish nation and Catholicism were indivisible. This in part reflected the personal religiosity of de Valera and others, but it was also a useful structure for social control. This was to prove helpful when social peace was threatened, as it was for a period in the 1940s by labour militancy: concerted ‘red scares’ helped split the trade union movement in 1944, aided by the support for Fianna Fáil of important union leaders.

But in the longer run protectionism failed: indigenious Irish capital proved incapable of developing the economy and by the 1950s de Valera’s dream was practically dead, as the young packed their bags and headed for refuge in the cities of Britain. Under Seán Lemass Fianna Fáil embraced multi-national development and foreign investment, and a new generation of Irish businessmen began to prosper.

Some locate the corruption of Fianna Fáil in this era of TACA, the ‘men in the Mohair suits’ and the new arrogance of Charles Haughey, Brian Lenihan and their ilk. TACA (‘support’) was created in 1966 to cultivate financial support from businessmen for Fianna Fáil. Many of a new generation of property developers and land speculators were prominent in its ranks. Part of Fianna Fáil’s attraction for these people, and their successors, lies in its position as THE party of power (in government since 1932, give or take a few years), hence attracting those seeking power and access to power. How many of the Galway Tent set genuinely yearned for de Valera’s vision of Ireland?

Certainly there was a cultural shift in Fianna Fáil’s ethos in the 1960s, but the party was not deserting some original halycon era of radicalism. And despite TACA and recurring hints of deeper corruption in land and business, Fianna Fáil still retained working class support. It was to the strains of the Irish Transport and General Workers Union band playing A Nation Once Again that Haughey mounted the podium at his first Ard Fheis as party leader. And after numerous battles with a Fine Gael-Labour coalition it was with the newly fiscally-rectitude Fianna Fáil that the Irish Congress of Trade Unions (ITCU) embarked on social partnership in 1987.

Even before the present crisis much had happened to weaken Fianna Fáil. It has not governed as a single party since 1989. Its image as a party of the people has been tarnished by recurring scandals since the 1990s. ‘Golden Circles’, Charvet shirts, Beef Tribunals, corruption and backhanders come to mind more readily than de Valera when Fianna Fáil is mentioned now. The party’s rhetoric about republicanism and independence looks empty when confronted with the reality of EU/IMF ‘bailouts.’ The scale of the crisis since 2008, the bailout of the banks and the biased austerity programme do offer an opportunity to inflict an historic defeat to Fianna Fáil. But the finality of such a defeat is not inevitable.

For the broad left an honest appraisal of the history of the unions and Fianna Fáil is necessary. It is clear that the ICTU’s response to the current crisis has been affected by the long-time close relationship between union leaders and Fianna Fáil. The ICTU simply find it much easier to do business with Fianna Fáil. Union leaders will claim that they have been able to deliver gains for their members by this relationship, but it has helped block independent working class politics. Despite essentially being the Irish establishment, the party of big money, Fianna Fáil are still able to claim to be outsiders, being victimised by RTE, the Irish Times and ‘Dublin 4’. While the left might scream at ‘Ireland’s Tories’, no British Tory would ever claim to be any sort of a ‘socialist’.

One reason why Fianna Fáil’s populism has worked is that often the left’s critique of the party has left it open to charges of elitism and snobbery: sneering at Bertie Ahern’s accent or opposing Fianna Fáil for what seems to be cultural rather than political reasons. In 1986, during the last recession, with an unpopular Coalition government implementing cuts, Bertie Ahern was asked in an interview about his attitude to social welfare fraud. He replied that he could not condemn a tradesman, trying to feed a family, who bolstered his dole with a few hours’ work. Until corruption in big business was tackled, he suggested, welfare fraud would be a fairly minor issue. Hypocritical and opportunistic?

Certainly, but also very effective politics. It is a feature of populist parties that they are adept at usingthe real worries and fears of working people and turning them into resentment at ‘elitist’ critics, who are perceived as caring more about vague notions of ‘fairness’ than the reality of working people’s lives.

Under a new coalition implementing essentially the same austerity programme, who would bet against Fianna Fáil once again claiming that ‘health cuts hurt the old, the sick and the handicapped’? The left should not to give them this opportunity, because if history teaches us anything it is when these parties are wounded that they become most dangerous.

To read more buy the new LookLeft magazine – available in Easons stores in Dublin, Cork, Limerick, Galway and throughout the North of Ireland.