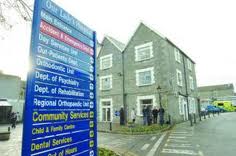 A generation in the Republic has been left in hock to the banks by one of modern Ireland’s biggest cons. Conor McCabe explodes some of the myths that drove the property bubble.

There are those who will tell you that Irish people have a unique love-affair with property, that home-ownership is part of our DNA – a kind of Celtic mortgage double-helix which drives us to buy houses regardless of cost, need or availability.

It is not just the usual suspects of estate agents, mortgage brokers and rent-a-quote economists who make this assumption – it is one that cuts across the political spectrum. In his latest book, Ship of Fools, Fintan O’Toole tells us that Irish home ownership currently stands at 87% – the highest in Europe.

As with everything which relates to housing in the Republic, the facts tell a different tale.

According to the 2006 census, Irish home ownership stood at 76%. In EU terms, this puts the Republic at 16th in home-ownership levels, out of the 27 countries listed by Eurostat. Indeed, home-ownership in Europe is such that even if Fintan O’Toole’s figure of 87% was correct, it would place the Republic not at the top, but joint 9th with Iceland.

The reason why Irish home-ownership peaked in 1991 is the same reason why home ownership in Eastern Europe is currently at such a high level. It has to do with the privatization of social housing in urban areas, where those who were once tenants of local authority or state housing were able to become owner-occupiers with the state’s financial assistance. The Republic started this process on a large scale in the late 1960s.

According to Tony Fahey in his 1999 publication, Social Housing in Ireland, about one in every four owner-occupied homes in the Republic is a privatized local authority home, and this is a major reason why owner-occupation is so relatively high there.

Had the Republic not privatized its local authority housing stock, home ownership would be around 60% – higher than Germany, but still placing the Republic near the bottom of the ownership league.

Irish people want to own their own home, but that doesn’t make us any different from the rest of Europe – if anything, it makes us about average. Our current level of home-ownership (76%) is directly related to the privatization of local authority housing – a process which began in the 1930s, but reached its peak in the 1980s – and the fact that the vast majority of public housing has already been privatized is one of the reasons why Irish home ownership levels have been falling since 1991. The bump in ownership contained in those bricks and mortars has finally worked its way through the system. There is no Irish property-owning double-helix –just estate agents with a handy myth and a house to sell.

Supply and Demand
Irish housing statistics are notoriously vague. There is no accounting system for new housing units – rather, the Central Statistics Office (CSO) has to rely on figures from the ESB with regard to new connections, and from that it deduces the amount of new units.
The CSO’s figures for the amount of mortgages sold are also somewhat oblique, as the figures for new mortgages contain ‘an unquantified element of refinancing of existing mortgages (e.g. involving the redemption of an existing mortgage and its replacement with a mortgage from a different lender).’ In other words, not every new mortgage listed by the CSO is used to buy a house – people frequently change their mortgage provider but keep the same house.

Estate agents do not have to provide figures to the government as to the amount of houses bought and sold. Again, there are reasons for this. On 3 April 2001, Maev-Ann Wren wrote a piece for the Irish Times which is worth quoting:

“In the mid-1980s a colleague and I “torpedoed the property market”, or so we were told. As financial reporters, we had examined the drop in house prices over the preceding 18 months. We documented falling prices on individual streets, even published photos of the houses. Our efforts distressed property interests.

One interested party invited us for a drink (we went Dutch) and sorrowfully informed us that this sort of honesty was not good for “some of us who are trying to keep a market going.”

“This was a frank admission that the emperor wore no clothes, that the level of house prices owes as much to belief as demand for houses. If people expect prices to rise, they hasten to buy. If they expect them to fall, they wait for a better bargain. Falling prices is a buyers’ market.”

According to the 2006 census there were 216,533 empty housing units in the state that year. This does not include the number of holiday homes, which stood at 49,798. The website Life After NAMA states that the vacant housing figure currently stands at 302,625, and again this is exclusive of holiday homes.

It is important to note that this oversupply is not the result of the so-called ‘Bad Tiger’ of 2002-2008, but is linked to changes in national housing policy in the late 1960s and early 1970s – changes which saw market-based solutions as the preferred solution proffered by various FF/FG/LAB governments.

It is in the 1970s that the full resources of the state are given over not to the provision of housing, but to the provision of mortgages. By the end of the decade the state is spending hundreds of millions of pounds in mortgage incentives in order to make housing, in the words of the Irish Times, ‘a safe and profitable outlet for funds’.

Government incentives on mortgages, which were put forward as aids to price and affordability, ended up simply adding to the cost of mortgages, making it harder for young couples starting out in life to settle down and buy a house. In 1982 the ESRI published a report which concluded that ‘government subsidies to private housing merely raised the price of new houses and had little impact on increasing the supply of new houses.’ (Irish Times, 19 November 1982)

After almost 15 years of incentivising owner-occupancy, the state’s policies had benefited the builders, banks, building societies and estate agents, leaving the public to pay the price of this ’safe and profitable outlet for funds.’

The system was left untouched, despite the criticisms and counter-effects, and by the end of the 1980s the pattern of public subsidies for private mortgages was well-established. It had become the norm. Speculation was firmly in control of residential construction and mortgage prices.

One of the more persistent myths surrounding the property bubble relates to demographics. It is often stated that the Republic had a baby boom from 1965 onwards, when in fact the birth rate remained at the relatively constant rate of 21.5 per one thousand from the 1940s up to the 1980s. Whereas parts of Western Europe saw a ‘baby boom’ in the 1960s, the Republic experienced nothing of the sort, simply because its birth-rate was already high by Western European standards. It drops in the 1980s, and remained at around 15.5 per thousand until 2007, when it increased to 16.5.

The Republic did become a beneficiary of net migration, however, in 1996. From that year to 2008, an estimated 403,700 people emigrated, while 861,300 migrated here. This leaves an estimated 457,600 more people in the State through migration.
Yet, over half of that figure is based on the years 2005-08, during the height of the construction bubble. The years 1996 to 1999 account for 14% of the figures for the period. Net migration, from at least 2000 onwards, was being fed by the boom in commercial and residential property construction, not the other way around.

So, how did the oversupply of housing, a falling birth-rate, modest increases in migration, and significant state subsidies to the mortgage market and construction industry, affect the price of houses?

Taking the average industrial wage as the base wage, we get the following results:

Best practise has house prices at 2.5 to 4 times the average industrial wage. Once this ratio is broken, it’s reckoned that a bubble has formed.

In 1979, on the cusp of the Republic’s last major recession, the house affordability ratio breached 5.0. In 1997, house prices once again breached 5.0, and just kept on climbing. In 2007, house prices were over 11 times the average industrial wage.

House construction and mortgage provision are multi-billion euro industries. Since the 1970s, builders, estate agents, banks and mortgage brokers have used half-truths and pure fiction about supply and demand in order to squeeze more money out of people.
So next time you hear demographics, supply and demand, or how ‘now is a good time to buy’, please remember their history of lying to us, and how they are doing it again.

There is one thing that is certain when we look at the facts rather than the myths of the Republic’s housing market.

We have been conned.

The Left must defend Free Speech